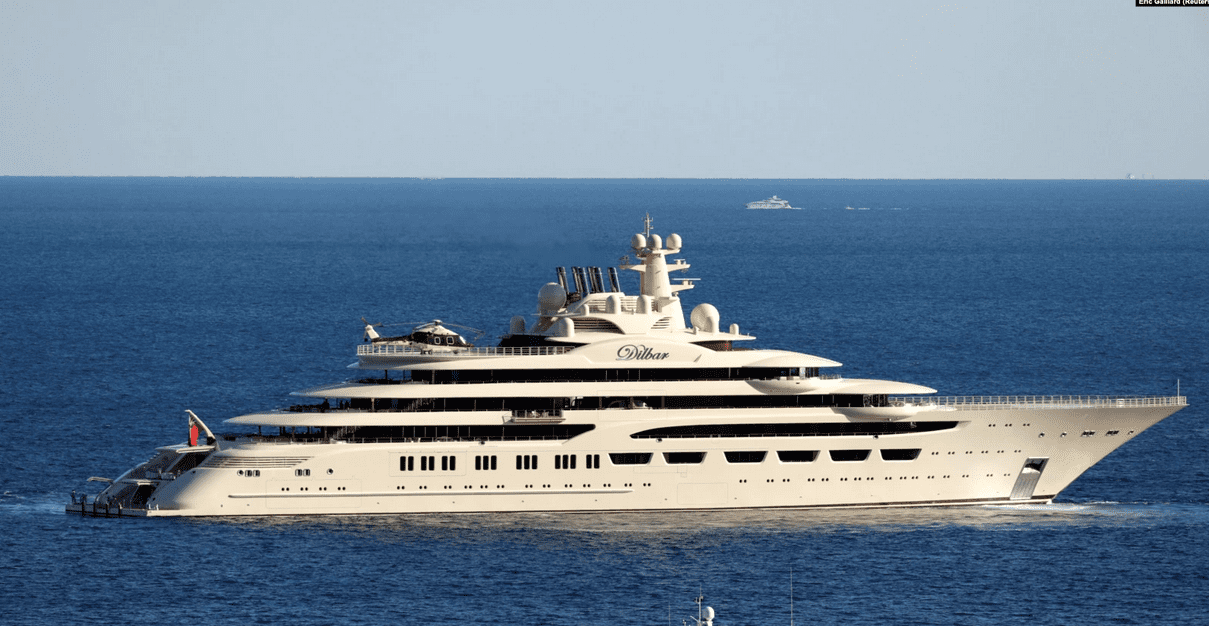 Usmanov’s representatives said neither he nor any of his relatives had any involvement with the yacht.

Prosecutors did not identify the vessel or its owner but said the operation centered on a 69-year-old Russian businessman and that he was the target of the same investigation as last week, when police raided a lakeside villa registered to Usmanov.

Usmanov’s press office denied any wrongdoing and said the actions of the prosecutor and police were “examples of blatant lawlessness under the guise of the sanctions law”.

“The allegations of complaints from banks regarding suspected money-laundering have also been part of this campaign of lies and misinformation,” a statement from the office said.

FILE PHOTO: Russian billionaire Alisher Usmanov walks out of a voting booth at a polling station during the presidential election in Moscow, Russia March 18, 2018. REUTERS/Maxim Shemetov

Usmanov is on an EU sanctions list freezing his assets and banning him from travel in the bloc because of links to the Russian state.

Prosecutors said the yacht’s owner was suspected of having carried out millions of euros worth of financial transactions between 2017 and 2022 to conceal the origin of funds originating from criminal offences, in particular tax evasion.

Usmanov, who is active across a range of business sectors and has a net worth of $14.6 billion, according to Forbes, is at the centre of two separate investigations into his finances in Germany.

The NDR broadcaster reported last week that a 156-metre-long yacht, the Dilbar, which authorities say belongs to Usmanov’s sister and is also subject to sanctions, was towed from the port of Hamburg to Bremen overnight because the shipyard where it had been moored needed space.

The federal criminal police office has said it is worth half a billion euros.