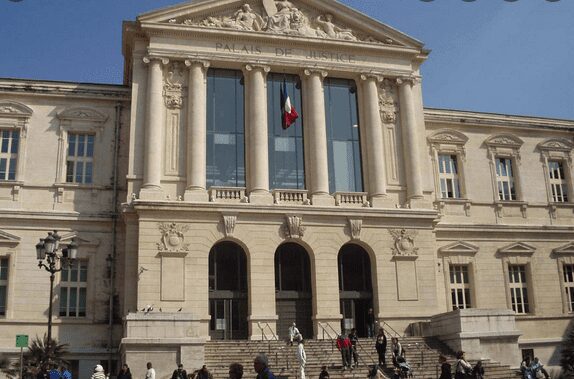 A 33 year-old man has appeared in court in Nice in connection with the assault on two Ukrainian refugees in Roquebrune-Cap-Martin last weekend in which the older women suffered a broken nose.

Bizarrely, he is a former member of the Ukrainian special forces, according to his lawyer. He told the court that he had believed his two victims to be Russian, and had slapped them “as one reprimands a child.”

He said he had been insulted by his two compatriots, adding that he regretted his actions and was ready to compensate them.

The resident of Menton escaped pre-trial detention subject to a number of conditions. His passport was confiscated, he must report to the police twice a week and he must not return to Roquebrune-Cap-Martin.

PHOTO: The courthouse in Nice