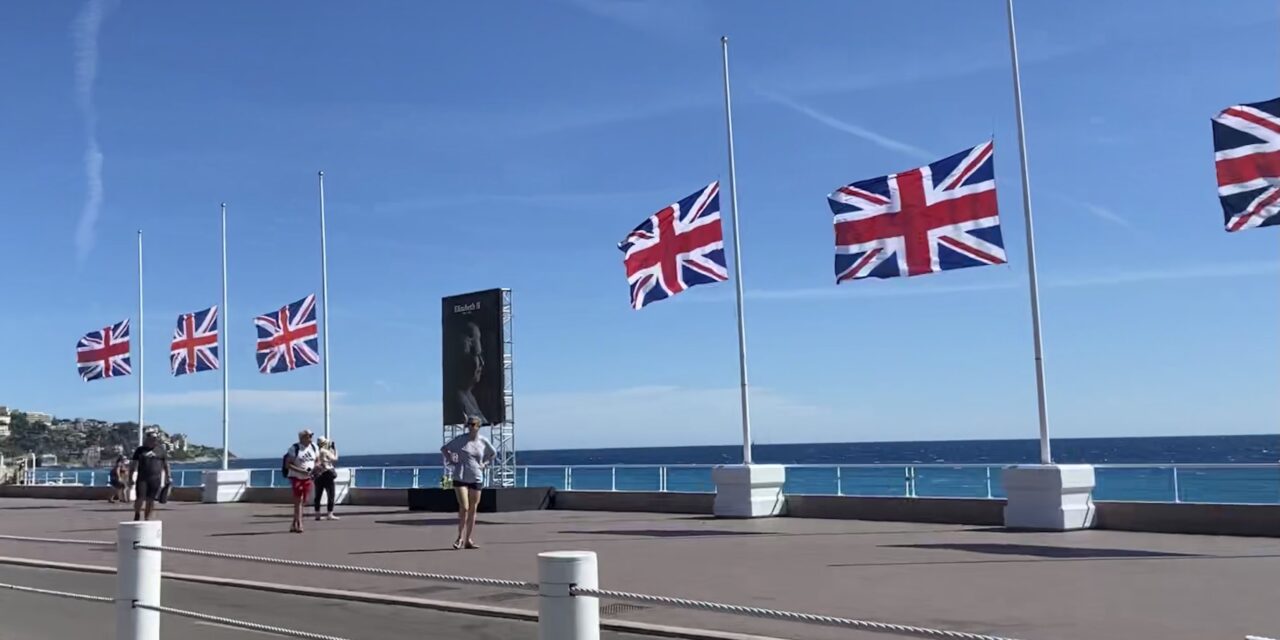 As we entered the first roundabout in France above Jardin Exotique 15 minutes before dawn on Thursday I noticed a strange and mobile shape heading more or less in the same direction but possibly on a glancing collision course. It was a fast-moving person on a scooter, dressed all in black, with no lights back or front.

It was with great luck that I saw this stupendously stupid person, not just because it wasn’t quite light and he was wearing black, but because my car had just been egged.

By egged I mean that someone with a thing about UK-registered cars had dropped an egg from the window of a building on Marechal Foch as my car stood there overnight. His aim was good. The egg hit the point where the windscreen and roof meet, and the yolk had partly survived and sat halfway down the glass. The white had dripped itself over half the windscreen and set into a solid smear.

Part of the shell was stuck to the roof. Of course, I did the most stupid thing possible and turned on the windscreen wipers. I tried to spray it, making it worse.

Fortunately, my son leaves half-empty plastic bottles of water in the boot, plus football kit. So with a lot of elbow grease, San Pelligrino and Nike soccer shorts I got rid of most of the egg.

But I must admit that the visibility out of the left-hand half of the screen was not all it could be ahead of the near-miss with the scooter.

Earlier in the year, someone had inscribed a Star of David on the bonnet.

I am told that these acts of daily animosity towards British people and their cars are not uncommon, and if I mention this to locals they all say: “Ah, but you shouldn’t have voted for Brexit.”

What can I say?

On Thursday afternoon the Queen died. This very sad occasion has caused an outpouring of grief across the world, not just in UK, and underlines how universally admired Her Majesty was during her long lifetime.

On a visit to Nice on Friday I was touched to see that Union Jacks along the Promenade des Anglais were lowered to half-mast. When it comes to the crunch, the native citizenry do the right thing.

In the meantime I have added washing-up liquid to my European Travel Kit, in case the egg-thrower hits again.