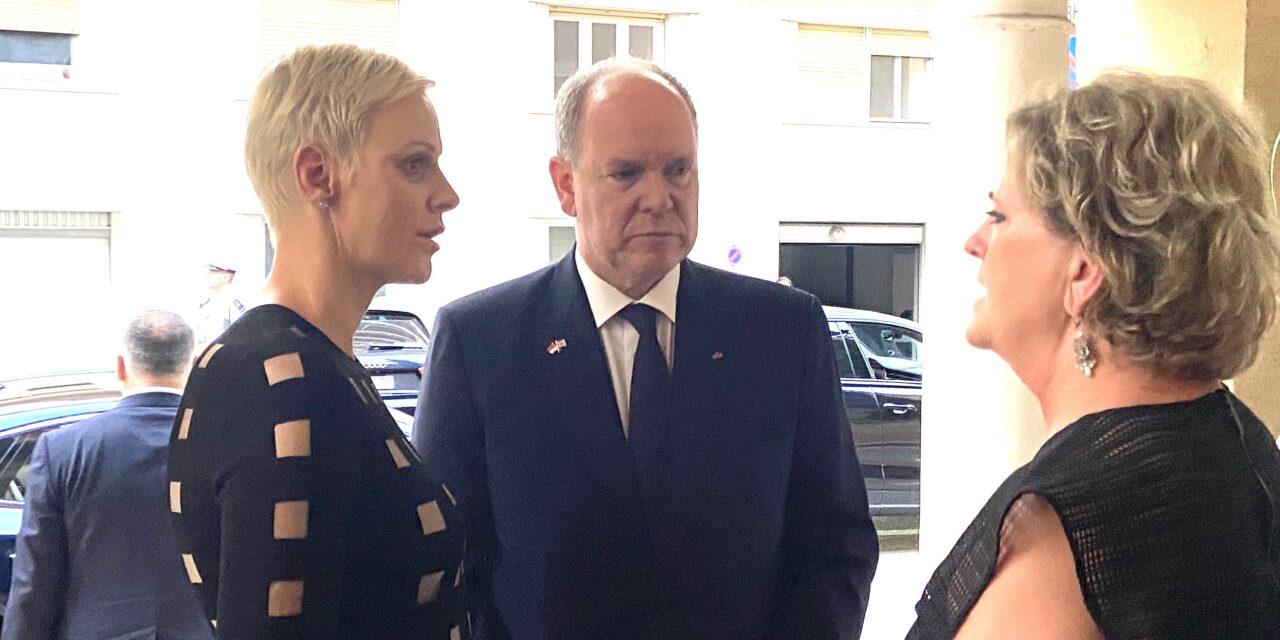 British Ambassador to France and Monaco Her Excellency Menna Rawlings had arrived from Paris to take part in the special commemoration, arranged at very short notice, which was conducted by Archdeacon of France Peter Hooper and St. Paul’s interim chaplain the Reverend Andrew Taylor.

In her address, Ambassador Rawlings said that the Queen had been a constant in our lives. She had a way of putting everyone at ease. She was steadfast, as during the covid crisis.

“She was Britain’s number-one ambassador to the world.”

The Ambassador especially thanked Prince Albert and Princess Charlene for their moving words in praise of the Queen.

The service ended with the singing of God Save the King, and it was at this point that many in the congregation gave way to their emotions as the Anglican community of the Principality marked the passing of a much-loved sovereign and the beginning of a new Carolean era.