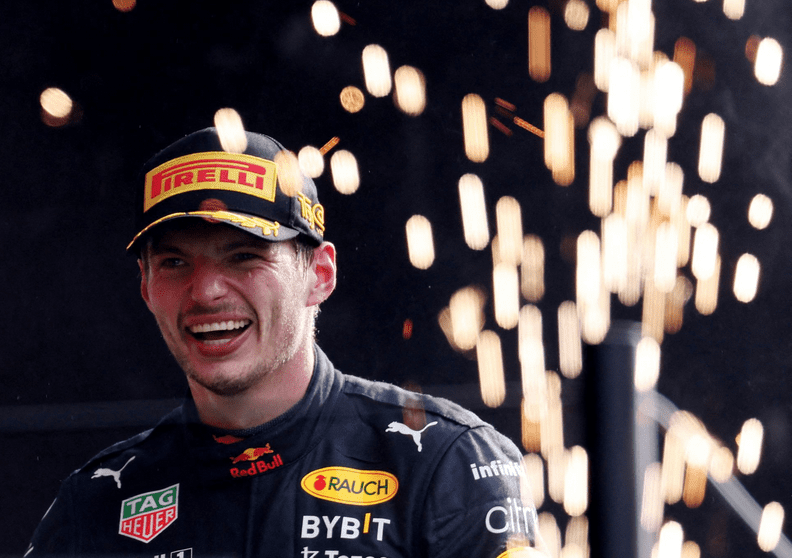 Jack Brodie with Reuters – In almost predictable fashion, Max Verstappen has won the 2022 Dutch Grand Prix in front of a sizeable orange army.

The race got off to a somewhat predictable start as well, as Ferrari strategists shot their own team in the figurative foot with a fiasco of a pit stop for Carlos Sainz on lap 15. The Spaniard pitted only to find that the tyres had not yet been prepared, before picking up a five second penalty for an unsafe release after a stop later on.

Meanwhile, Verstappen led the pack from lights out, as the Dutchman started in pole position.

The race quickly became a battle of the pit stops and tyre strategy, as Charles Leclerc was bringing the fight to Verstappen.

After Leclerc and Verstappen made their respective pit stops, it was the Mercedes duo of Lewis Hamilton and George Russell that lead the race in first and second place respectively. However, Hamilton lost the lead to Verstappen on lap 30 when the Brit was pulled in for a set of hard compound tyres.

With a fresh set of white walled wheels on, Hamilton began to close in on Sergio Perez ahead, and passed the Mexican on lap 37.

“They threw everything at us but we made the right calls,” said Verstappen over the radio as he celebrated his fourth win in a row, and 10th in 15 races to surge 109 points clear at the top.

“It’s always special to win your home grand prix, this year I had to work for it even more,” he added as the grandstands full of orange-shirted fans — most of the 105,000 attendance — went into party overdrive.

Leclerc and Verstappen’s Mexican team mate Sergio Perez are tied on points in second place overall, with the Ferrari driver ahead on wins with seven rounds remaining, but Verstappen’s second title looks a formality.

In the constructors’ standings, Red Bull have 511 points to Ferrari’s 376.

Mercedes’ seven-times world champion Lewis Hamilton was fourth, the Briton fuming at his team after leading a race he might have won but for the timing of safety cars and a tyre strategy that left him on slower tyres than rivals.

“I can’t believe you guys,” he said over the radio, with expletives filling the airwaves.

The Mercedes drivers had run one-two for the first time this season, after rivals made their first pitstops, with the pair on an initial one-stop strategy while Verstappen planned for two.

A virtual safety car period triggered by AlphaTauri’s Yuki Tsunoda changed that, however, with Verstappen taking a cheap pitstop and Hamilton complaining his hopes of winning had been “stuffed”.

Tsunoda had stopped by the side of the track on the 44th of 72 laps, complaining a wheel had not been fitted properly.

Told it was safe, he got going again and returned to the pits for a tyre change and seatbelt check before being sent back out — and stopping.

The full safety car was deployed on lap 55 when Alfa Romeo’s Valtteri Bottas stopped just before the last corner, with Verstappen pitting for soft tyres and Russell calling for the same but Hamilton staying out on the mediums.

Verstappen seized the lead again at the re-start and did not look back, with Russell and Leclerc powering past soon after and triggering a heavily bleeped radio exchange.

“We timed it really well out of that last corner into the banking. You could see the draft was quite strong and we got ahead. It’s incredible to win again,” said Verstappen.

Perez finished fifth with Fernando Alonso sixth for Alpine and Lando Norris, who had forced his way past Russell at the start, seventh for McLaren.

Ferrari’s Carlos Sainz ended up eighth after starting third and finishing fifth on the road, relegated due to a five-second penalty for an unsafe release in the pitlane.

The Spaniard had already been dropped from third to sixth by a pitstop bungle that even team principal Mattia Binotto described as a mess.

Sainz came in after 15 laps for his first stop with the mechanics having only three tyres to put on the car and the driver kept waiting for more than 12 seconds before he could leave.

Perez, who pitted after Sainz and left before him, drove over a Ferrari wheel gun left out of place by a distracted mechanic.

(Writing by Alan Baldwin in London, editing by Ed Osmond)