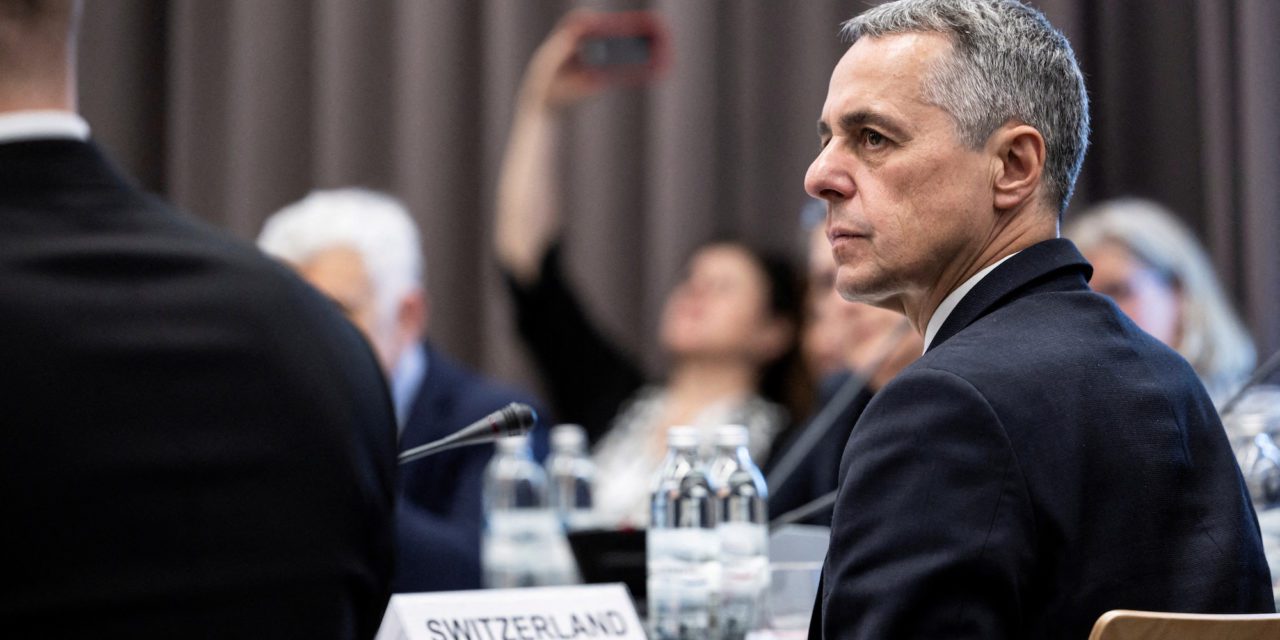 LUGANO, Switzerland (Reuters) – Switzerland has given a cool response to calls from Ukraine’s prime minister to use frozen assets of ultra-wealthy Russians to help fund his country’s $750 billion reconstruction project.

Ukrainian Prime Minister Denys Shmygal told a conference in Lugano that $300-500 billion of Russian assets had been frozen by the United States, European Union and Britain, money he said could help rebuild wrecked schools, hospitals and homes.

“We propose to find (a) formula to create national and international legislation for (creating the) possibility of confiscation of frozen assets in case of unprovoked aggression,” Shmygal said, referring to Russia’s invasion of Ukraine.

Such a step would improve global security by deterring unprovoked and unjustified aggression, he told a news conference as the two-day recovery conference wrapped up.

But Switzerland, which in May reported 6.3 billion Swiss francs ($6.50 billion) of frozen Russian assets, has resisted an automatic handover of wealth. The country, which has adopted EU sanctions against Russians, has long been a popular destination for Moscow’s elite and a holding place for Russian wealth.

Swiss President Ignazio Cassis said it was important to protect individuals against the power of the state and to create a legal basis for confiscating funds.

“According to the rules we have in the vast majority of democracies…, we can freeze assets, we can freeze in order to clarify where these assets are from,” Cassis told reporters.

But questions about the links between the money and the war in Ukraine and about the proportionality of measures also needed to be addressed, Cassis said.

“Now we can take a decision which is perfect for Ukraine but we create the possibility to take the same decision in many other possibilities and…give much more power to the state and away from the citizen.”