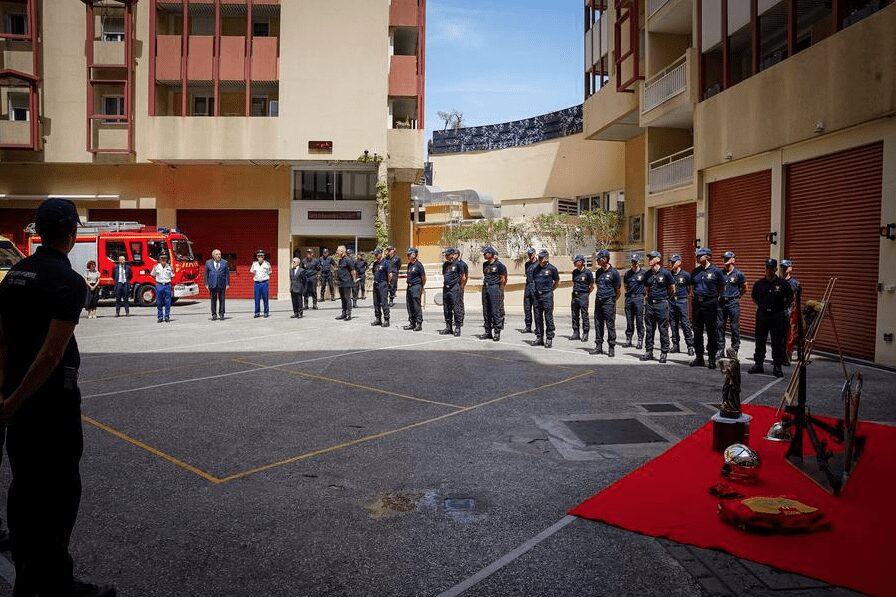 Minister of State Pierre Dartout and Minister of the Interior Patrice Cellario visited the Condamine fire station on Monday to express in person, on behalf of the Prince’s Government, their most sincere condolences to the wife, daughter and family of Sergeant Perard who lost his life fighting the fire at 21 ave. Princesse Grace on Sunday.

An experienced firefighter, Sergeant Perard joined the Monaco fire brigade 26 years ago. His tragic death serves as a painful reminder of the total commitment of firefighters serving the community in Monaco.