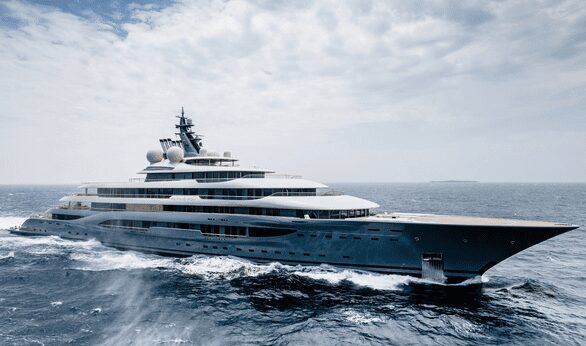 The US government upped its sanctions on Putin on Thursday, targeting a close friend of the despot who is repeatedly a key figure in managing Putin’s personal wealth offshore, Sergei Roldugin.

The Treasury Department’s Office of Foreign Assets Control also announced on Thursday, June 2, that Imperial Yachts, a Monaco yacht management company, and its Russian CEO, Evgeeniy Kochman, are now subject to US sanctions.

The Treasury said it declared four luxury yachts linked to Putin and on which he has taken numerous trips as “blocked property,” meaning they can be seized if and when they dock in friendly countries.

According to the Treasury, Kochman’s company “provides yacht-related services to Russia’s elites, including those in President Putin’s inner circle”. It identified four yachts “favoured by Putin” that the Russian leader has “taken numerous trips on” as recently as last year: the Nega, the Graceful, the Olympia and the Shellest.

The 459-foot Scheherazde, which has been linked to Putin, was not on the list.

However, the sanctions on Imperial include placing a block on its largest yacht, the three-year-old 136-metre Flying Fox, which was raided by authorities in the Dominican Republic on April 1 on a US request as part of an ongoing investigation.