Ulysses re-read in the bleakest of times 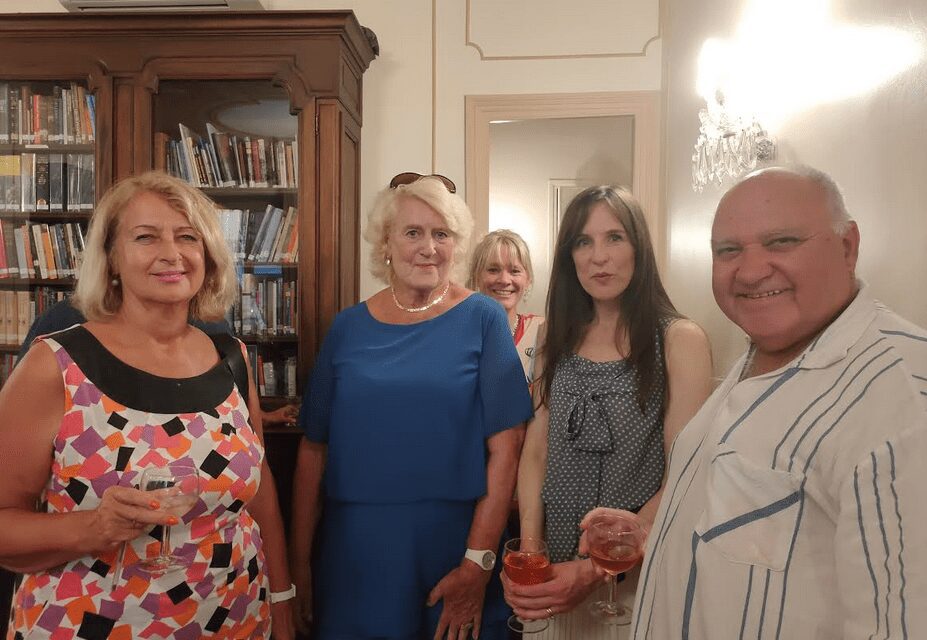 The award-winning novelist Claire Kilroy was supposed to come to the Princess Grace Irish Library to talk about her work in 2020 but the pandemic changed everything.

Two years later she arrived in Monaco with news of her fifth book Soldier Sailor to be published in 2023 by Faber & Faber and an essay that didn’t have a name. “But if it was called anything I would call it Sustained,” said Claire to the audience on Thursday evening, which for the very first time didn’t have to wear masks during the event.

The theme of Claire’s essay written specifically for this occasion was about re-reading Ulysses and what she has learnt. The personal insight of the author about her journey through the modernist masterpiece, while under lockdown in Dublin.

Claire read Ulysses for the very first time as a fifteen year-old when she found the book in her grandfather’s library.

“The old edition didn’t have footnotes  and it was very difficult but I understood that I wanted to understand it.”

Her second reading was for her dissertation at the University, the third time was in 2012 when she was pregnant. “Every time I have read it, different themes and passages have taken centre-stage and different words have spoken to me.”

The most recent re-read happened in 2020. “I returned to Ulysses over the bleakest hour of the pandemic.”

James Joyce wrote his masterpiece during a pandemic – the 1918 Influenza outbreak, it was also the time of the Irish war of independence and during the First World War.

“I had to re read this epic celebrating the ordinary. People were dying then and they were dying now but what carries lives forward is the thought that everything is going to be alright.”

It was during this visit that Claire, for the very first time saw a first edition of Ulysses – published in 1922 by Sylvia Beach in Paris, now proudly on display at the Princess Grace Irish Library.

“It really carries an electricity for me and I felt very moved”, said Claire.

“It is such a monument not only to art but to Irishness and the word that became prevalent for me this time was ‘sustained’. James Joyce was a genius and Ulysses is the pool from which – as a person and as a writer, I draw.”