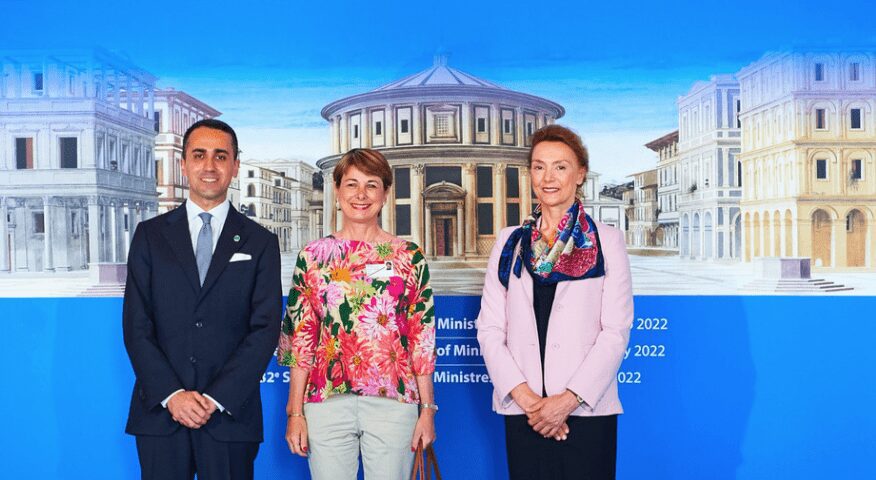 Isabelle Berro-Amadei, Monaco’s Minister for External Relations and Cooperation, praised the courage of the Ukrainian people during Russia’s invasion and continuing onslaught when she took part in the annual session of the Committee of Ministers of the Council of Europe in Turin last week.

The entire session was marked by the consequences of Russia’s aggression against Ukraine. Russia was excluded from the Council of Europe on March 16.

Italy passed the torch of the presidency of the Committee of Ministers to Ireland, which will chair the Committee of Ministers for the next six months. The Minister of Foreign Affairs and Minister of Defence, Simon Coveney, has said that he wants to focus his efforts on the protection of human rights in conflict zones, the promotion of participatory democracy and the engagement of young people.

Monaco became the 46th member state of the Council of Europe in 2004.