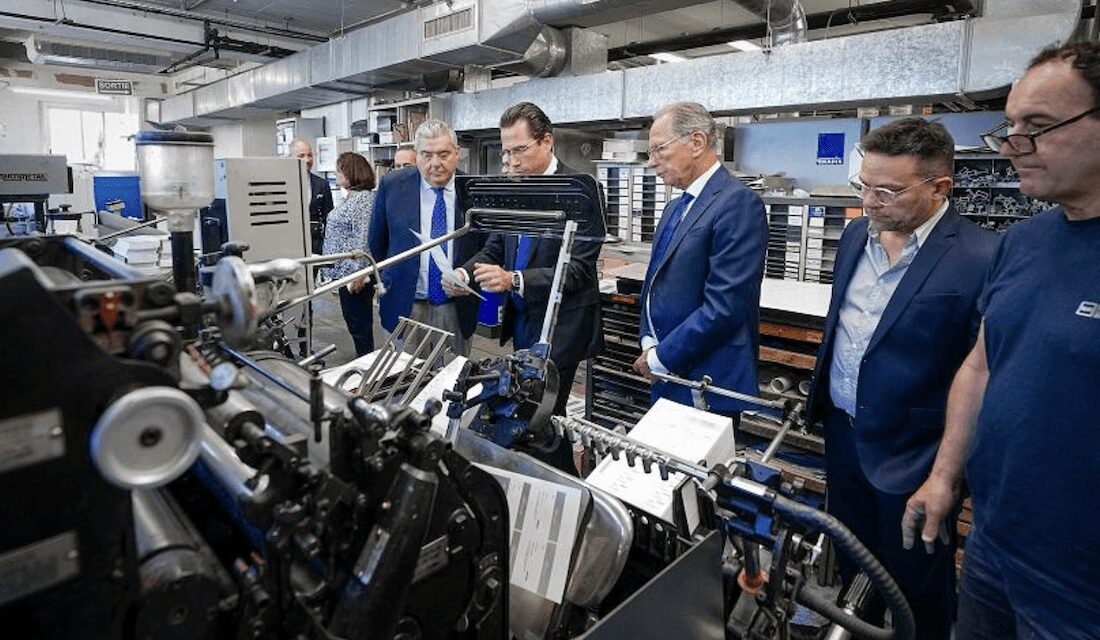 Minister of State Pierre Dartout last week visited the premises of Graphic Services SAM, in one of several visits he is making to see local companies at work.

Welcomed by Alain and David Hache, respectively Chairman and Managing Director of the company, the Minister wanted to show the Government’s commitment to maintaining industry of excellence and know-how in the Principality.

The Minister also underlined the contribution of Graphic Services to the efforts made by Monegasque companies during the recent health crisis, and noted their ability to take the route of sustainable development and digital technology, two essential axis, adding to the attractiveness of the Principality.