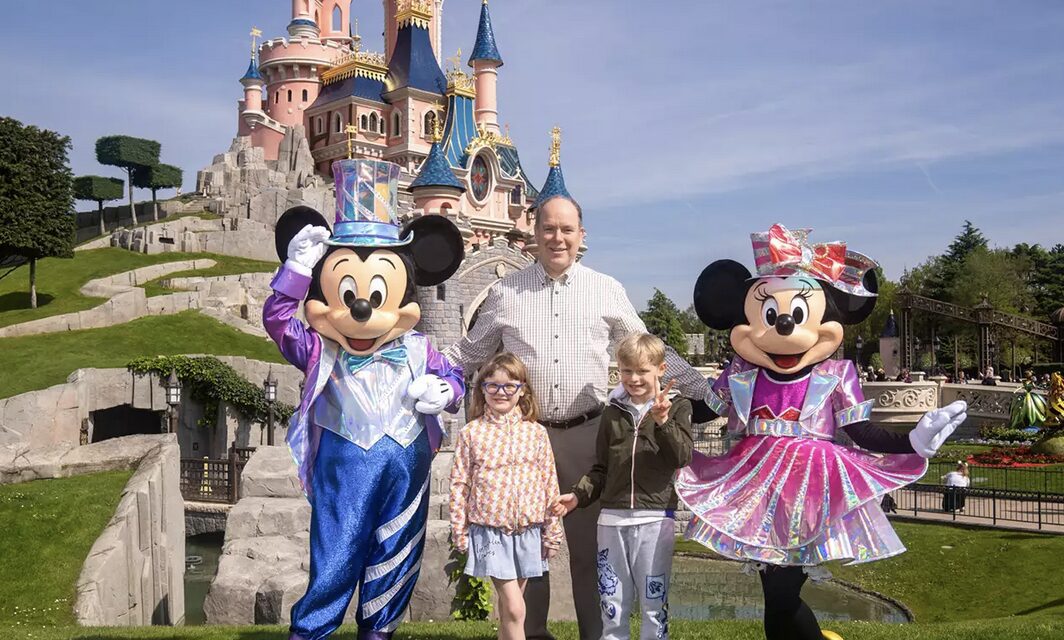 In many ways the Sovereign’s children live an enchanted life, but HSH Prince Albert found time in his busy schedule to take Prince Jacques and Princess Gabriella back to Disneyland Paris, which they first visited three years ago.

Now seven, the twins evidently enjoyed the visit, which took place on the 30th anniversary of the opening of the theme park.

Reporting on the visit, People magazine said that Prince Albert had confided that he was building memories for the children.

“Our parents took us on official trips early, but we didn’t feel they were official trips… When we were young, they would go off and do some sort of serious thing. Then they would be with us in the off-time. There was a lot of value to that.”

“Jacques and Gabriella are still at the age when there’s an awful lot of discovery, right and left, on these kinds of trips,” he added. “It’s fabulous to have these kinds of memories with them.”