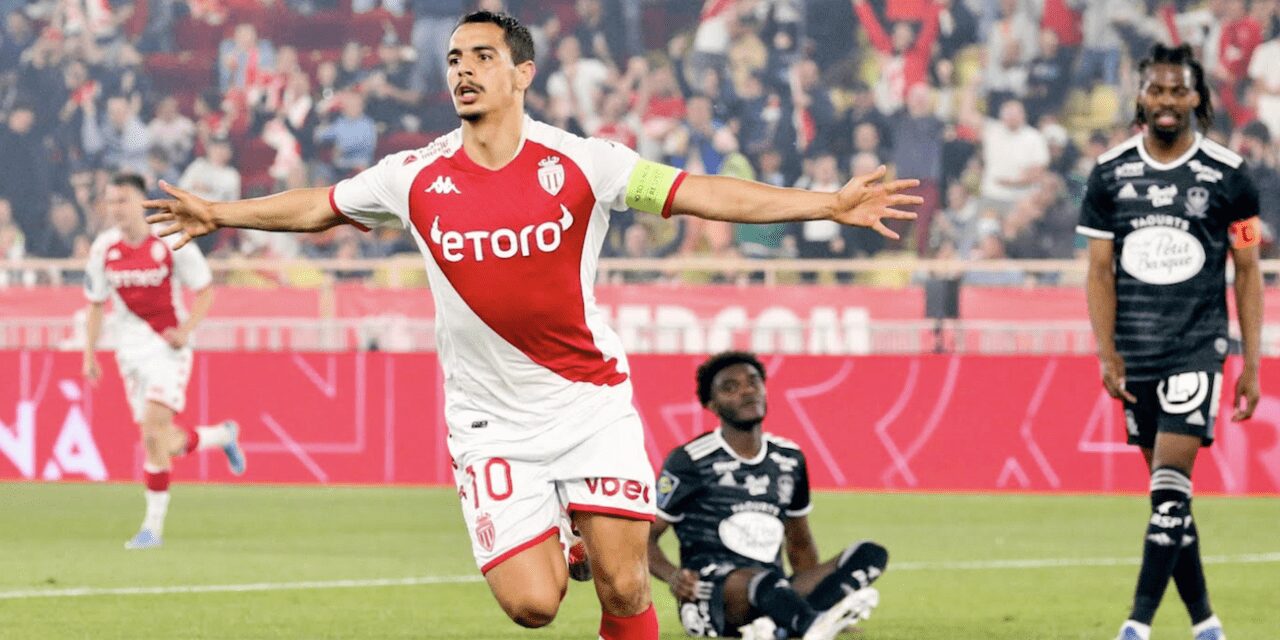 AS Monaco have managed to continue their winning momentum, being the most in form team at Europe’s top level with nine wins on the trot.

For this, the last home match of the season, the Monégasques donned their new kit and put on a show that will not soon be forgotten by spectators in Stade Louis II, as Monaco bounced back for the win against Stade-Brestois on the evening of Saturday, May 14.

It would be the visitors who would open the scoring, just 10 minutes into the match. Jean-Kevin Duverne beat Alexander Nübel to the ball inside his own box, and subsequently beat the goalie.

Then Brest would score again, just 13 minutes later. A solo run into the box put Youcef Belaïli into a dangerous spot in front of goal, from which he scored to make it 0-2 at the 23rd minute.

It was looking like the Monégasques would be returning to the locker rooms with a big deficit to catch up, but a dubious Brestois handball led to a penalty for the red and whites, which team captain Wissam Ben Yedder converted with ease. The first half ended with the scoreline standing at 1-2 to the visitors.

Not letting the visiting side get too comfortable, Ben Yedder scored again at the 51st minute, courtesy of a tidy short ball from Kevin Volland.

With the scoreline now level, the match was very much back on for Monaco, and it would be Ben Yedder who would score again. The Frenchman was found in the box by his national teammate Aurelian Tchouameni and scored with his head to complete his hat-trick of three goals, and to give Monaco the edge all at the 53rd minute.

Then it would be Volland who would score the final goal of the match, as the German striker got to a deflection from the goalie, and put the ball past him. With that, the scoreline stood at 4-2 to Monaco at the 70th minute.

Brest were unable to bring their lead back, or to score against their hosts, so the match concluded with that same 4-2 scoreline. A satisfying end to the last home match of the season for Monaco, and one that puts the red and whites back in second place in the Ligue 1 table.

Only one match now remains, against RC Lens on Saturday, May 21.