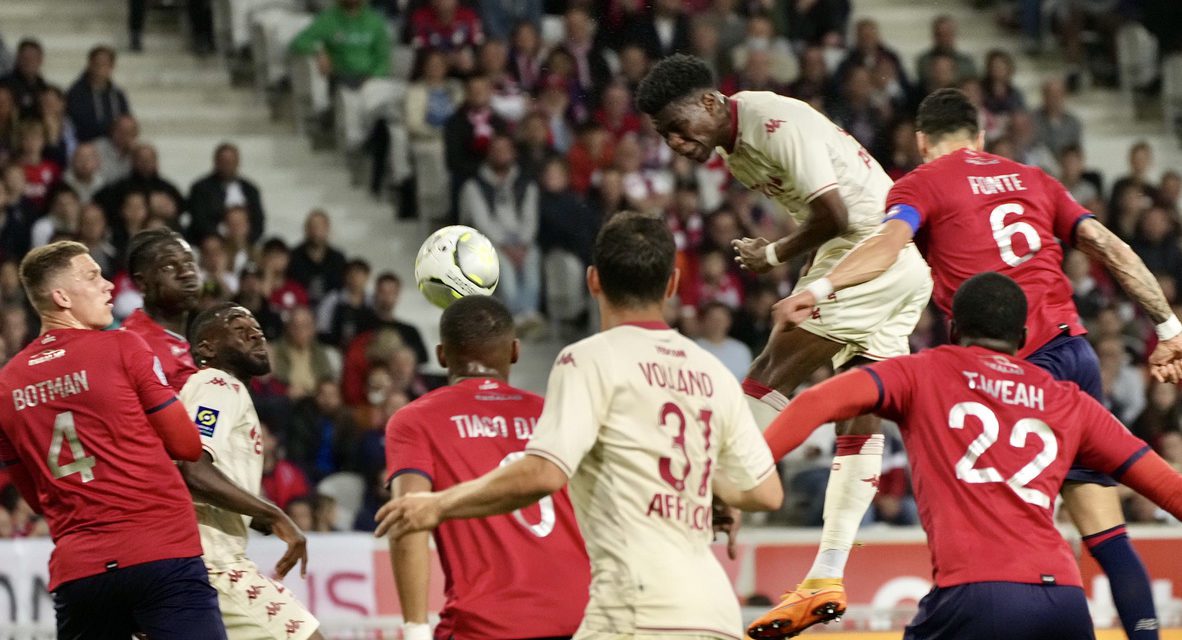 AS Monaco have managed to maintain their mad momentum in Ligue 1, as the Monegasques beat Lille away to claim their eighth consecutive match victory.

For this very important fixture, Monaco head coach Philippe Clement opted to play his men in a 4-2-3-1 formation, leaving team captain Wissam Ben Yedder as the sole striker up front.

The match itself got off to a controlled start, and it was looking like the two teams would head to the locker room at halftime with an empty scoreline. However, Ben Yedder got involved and assisted Aurelien Tchouameni in scoring a goal at the 42nd minute, which gave the Principality side a slim lead just before the first half could conclude.

A flurry of substitutions followed the first few minutes of the second half, and it was one such Lille substitute Angel Gomes who would stun Monaco with an equalising goal at the 69th minute, bringing the score level and subsequently putting the visitors on high alert.

Then, to the delight of the travelling supporters in the stadium, Aurelien Tchouameni scored again at the 75th minute. The towering French central midfielder has garnered the attention of Europe’s largest clubs, and standout performances in times that matter so much are only contributing to this 22 year-old talent’s increasing price tag.

Not willing to lose their lead for the second time that night, Monaco defended their slim 1-2 lead until the final whistle could be blown.

A mind-blowing eighth consecutive win takes Monaco up to second place in the Ligue 1 table, a place that grants Monaco a place in 2023 EUFA Champions League group stages, a tournament in which the red and whites belong.

Only two matches now remain in the 2021/22 Ligue 1 season, a home match against Brest on Saturday, May 14 and a final away fixture against Lens on that following Saturday, May 21.