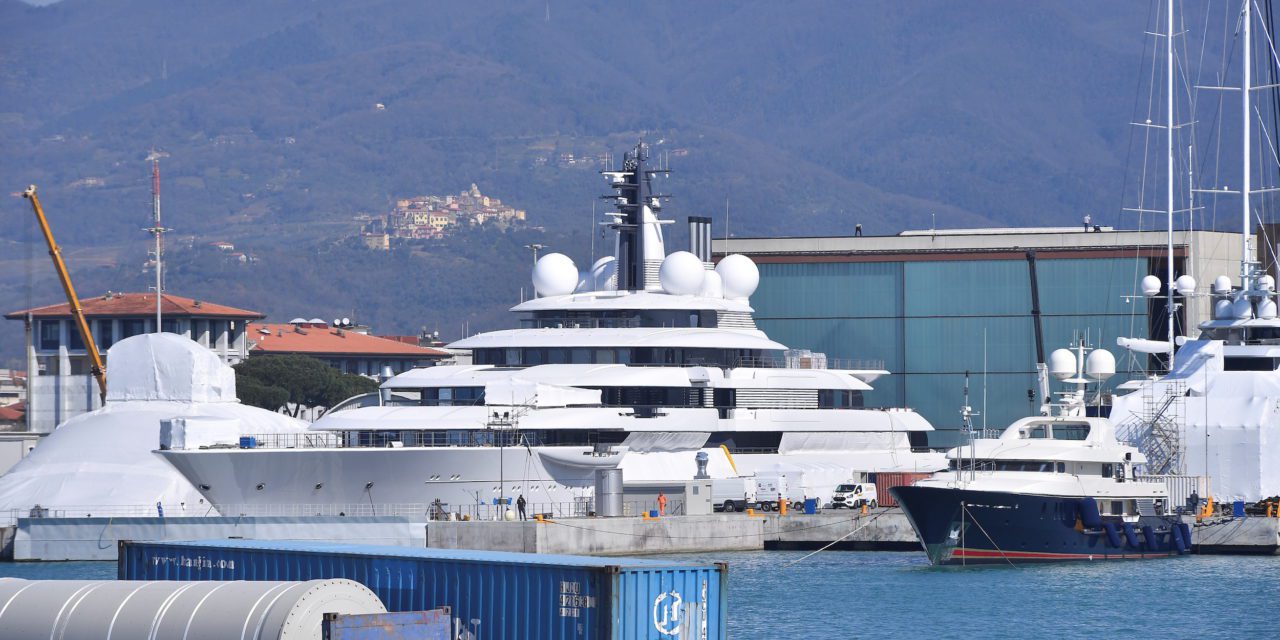 By Crispian Balmer and Emilio Parodi

ROME (Reuters) -The Italian government ordered police on Friday to impound a luxury yacht worth some $700 million that has been linked in the media to Russian President Vladimir Putin.

The sleek, six-deck Scheherazade had been undergoing repairs in the Italian port of Marina di Carrara since September, but recent activity at the dockside suggested that the crew might be preparing to put to sea.

A source with direct knowledge of a weeks-long investigation into the vessel said police believed the owner was Eduard Khudainatov, the former chief of Russian energy giant Rosneft who is not currently a target of EU sanctions.

In a statement announcing the seizure order, the finance ministry did not name the owner, saying only that he had ties to “prominent elements of the Russian government”.

The ministry said the owner himself was not on any sanctions lists drawn up by Brussels following the Russian invasion of Ukraine. However, it said Rome had asked Brussels to rectify this and had ordered the boat to be seized pending a decision.

Police boarded the yacht late on Friday to execute the order, the Italian government said.

In an address to the Italian parliament in March, Ukrainian President Volodymyr Zelenskiy had urged the government to impound the yacht as part of a Europe-wide effort to pressure Putin and his associates to halt the assault on Ukraine.

Italy sequestered villas and yachts worth over 900 million euros ($950 million) in March and April from wealthy Russians, who regularly came to the country on holiday and had bought property in many prestigious locations.

However, police told Reuters they had struggled to identify the real owner of the Scheherazade, which is registered in the Cayman Islands and was built by the German firm Luerssen.

Delivered to its mystery owner in 2020, the yacht has two helicopter landing pads and can host up 18 guests and 40 crew.

An organisation set up by the imprisoned Alexei Navalny, a fierce Putin critic, released a report in March saying it had evidence that the boat belonged to Putin.

It said many of its crew were drawn from Russia’s Federal Protective Service (FSO), which is tasked with protecting the Russian president.

The Kremlin did not respond at the time to a request for a comment on whether Putin was the owner or on whether members of the FSO were crew members.

FILE PHOTO: Scheherazade, one of the world’s biggest and most expensive yachts allegedly linked to Russian billionaires, is moored in the harbour of the small Italian town of Marina di Carrara, Italy, March 23, 2022. REUTERS/Jennifer Lorenzini