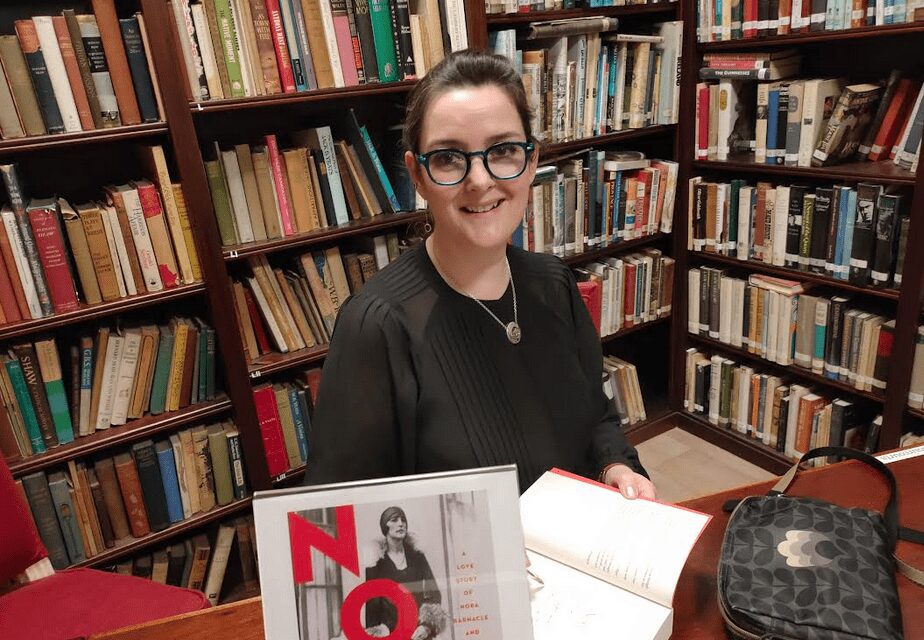 A delightful and insightful evening at The Princess Grace Irish Library was dedicated to the most famous and certainly most influential Irish writer of the 20th century but from the point of view of a woman who was his lover, muse, mother of his two children, a constant facilitator to his writing often at the expense of her own happiness, and later in life, his official wife.

Nora, A Love Story of Nora Barnacle and James Joyce was published last year and was named one of the best books of historical fiction by the New York Times. Author Nuala O’Connor mesmerised the audience at the Princess Grace Irish Library with her storytelling about the extraordinary life shared by the most unlikely couple: him, a writer, descendant of a fallen genteel family, very well educated and her – a working class girl, a maid at Finn’s hotel in Dublin, who left school at just 12 years old. Despite this their relationship worked, and survived the ups and downs of a nomadic, bohemian, often unsettled lifestyle and hand to mouth existence.

But it was the writer Nuala O’Connor and her Nora, “the original and best Galway girl – so beautiful, brave, calm, and strong,” who stole the show.  “I wrote this book to honour her,” said Nuala. The book, published by New Island Books, was chosen by Dublin City Council and Dublin UNESCO City of Literature for the ‘One Dublin One Book’ 2022 award.

The Princess Grace Irish Library was delighted to host the author at the library in Monaco, the only venue in the official programme outside of Dublin.

The novelist, short story writer and poet Nuala O’Connor who now lives in County Galway with her family, ended her 19th engagement with the public for the month of April with long-lasting applause and warm appreciation from the audience who expressed their gratitude after the event during the signing of the books. The evening continued with a small cocktail reception.

It looks like the good old pre-Covid times are back for the Irish Library. And what a comeback.

On the centenary of the publication of Joyce’s own masterpiece Ulysses, whose very first edition is proudly owned by the Library itself, here comes Nora, an intimate and authentic love letter to Irish literature’s greatest muse.