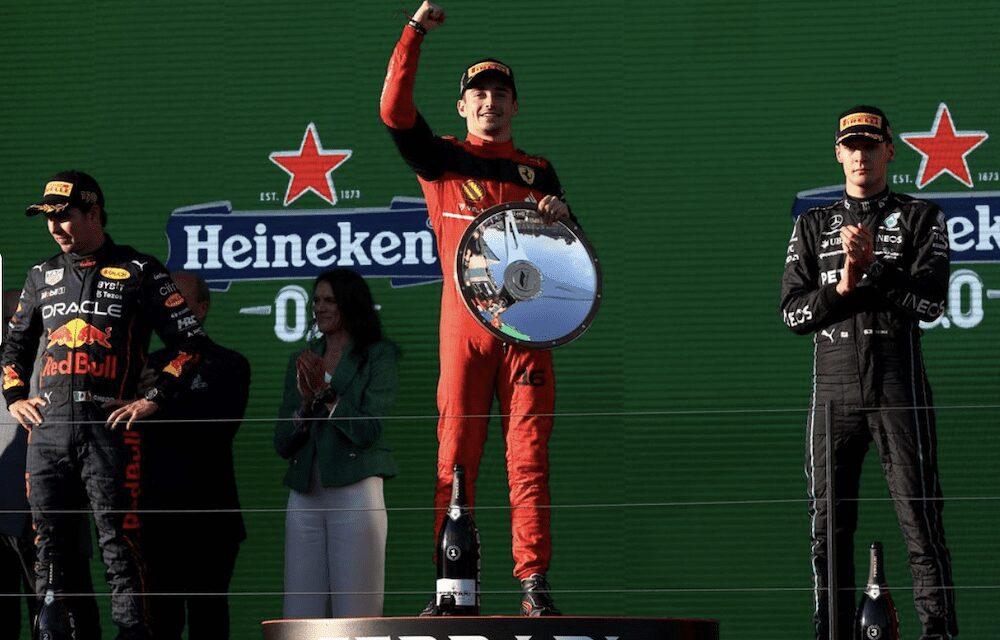 Charles Leclerc claimed two wins out of three after coming home first in Sunday’s Australia Grand Prix at a new-look Albert Park Circuit, while Max Verstappen retired for the second time in the same three races.

Leclerc led from the start, where he had kept his pole position despite an enquiry on Saturday. Sergio Perez of Red Bull came in second and George Russell claimed his first podium with Mercedes in third place.

Lewis Hamilton just missed the podium places by two seconds and finished fourth, bringing home some crucial points as Mercedes continue to sit ahead of Red Bull in the Constructor’s Championship.

The 420,000 crowd in Melbourne was the biggest in Australia’s F1 history after a two year absence due to the pandemic.

With two wins and a second place under his belt at the start of the season the Monegasque leads the table with 71 points to Russell on 37 and Verstappen lagging on 25, three points behind Hamilton on 28.

The F1 circus will travel to Italy for the 2022 Emilia Romagna Grand Prix at the infamous Imola Circuit on Sunday, April 24.