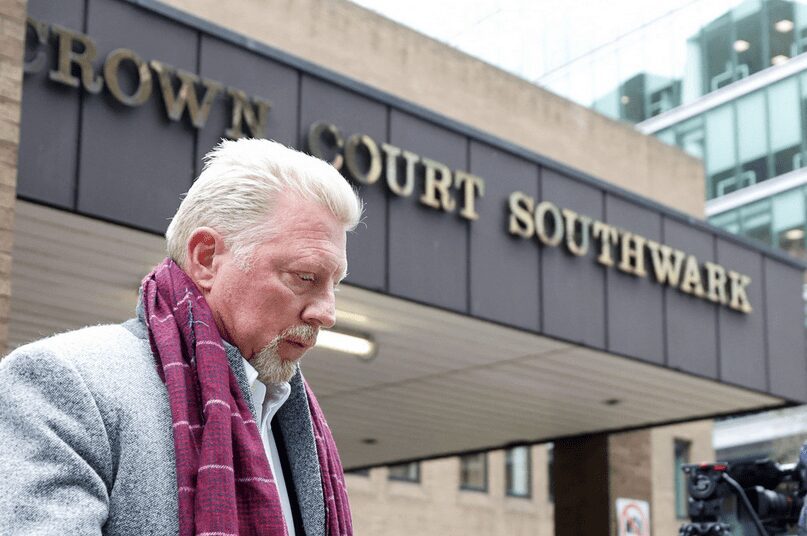 One-time tennis golden boy and former Monaco resident Boris Becker has been found guilty in London of four charges relating to the concealment of assets during a bankruptcy hearing in 2017. Becker denied all 24 charges brought under the Insolvency Act but was convicted of four counts including removal of property, two counts of failing to disclose estate and concealing debt. Twenty out of 24 charges were dismissed.

Becker, now 54, faces a possible prison term when he returns to court on April 29.

He earned more than 43 million euros in prize money after bursting onto the tennis scene in 1985 by winning the Wimbledon singles title at the age of 17.

Becker blamed his financial downfall partly on a very expensive divorce from his first wife Barbara. He also owned several properties that required major spending. He took out a loan of £3.85 million with Arbuthnot Latham private bank and a high-interest loan of £1.2 million from phones4U founder John Caldwell, now a Monaco resident, the court heard.

He said he had problems repaying the loans in the second year because a number of companies didn’t renew their sponsorship contracts. He also told the court that he had been very dependent on advisors and he would not have known how many bank accounts he had.

In 2002 Becker was fined 300,000 euros in Germany for tax evasion. He had been splitting his time between Munich and Monaco, where he appreciated the high standard of training facilities. For a time he trained Novak Djokovic and in recent years he has been a tennis commentator for the BBC.