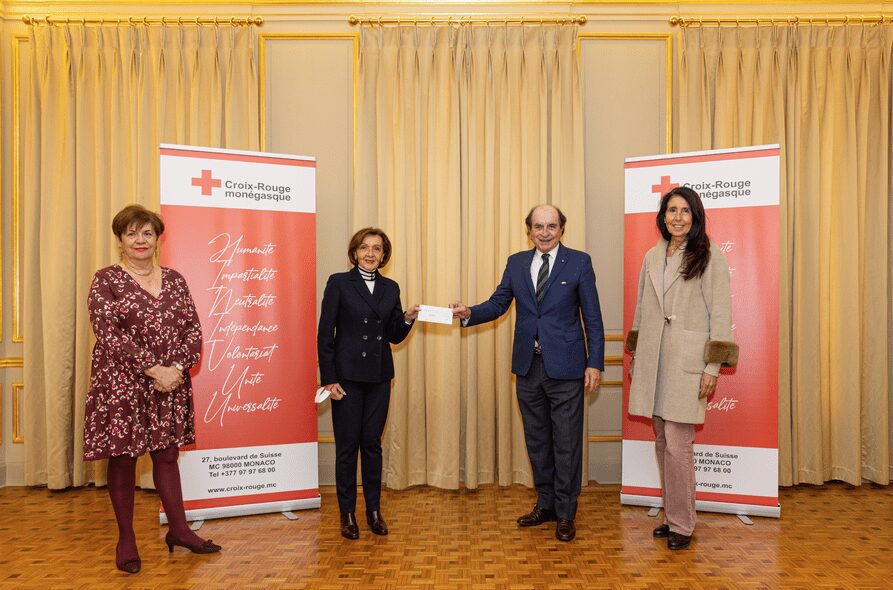 The Monaco branch of the Academia Italiana della Cucina (AIC) has raised 5,400 euros to help victims of the armed conflict in Ukraine.

Mr Luciano Garzelli and Dr Raffaella Stimamiglio handed over a cheque for that amount at the headquarters of the Monegasque Red Cross on Monday, April 4.

The AIC is an Italian cultural institution whose objective is to promote Italian cuisine in Italy and abroad. The Monaco branch has 60 members and three honorary members, including HSH Prince Albert II of Monaco.