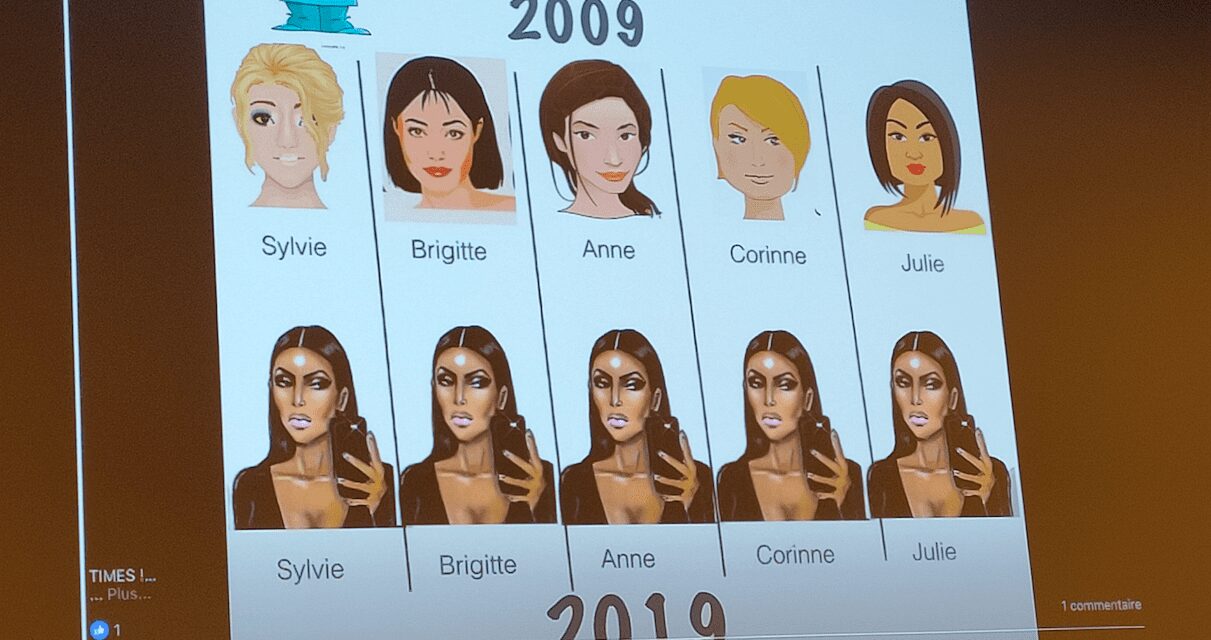 Firstly, the competition is appalling. On one occasion during Covid when old people were allowed into U on blvd. d’Italie without queuing I staggered confidently to the front of the line and threw myself at the sliding doors before I was stopped by security and told to wait my turn. Already on the starting block were a well-tanned couple who looked about 40, but claimed they were more than 60. I had to wait.

This is, after all, the country with the highest life expectancy in the world, so how fitting it is that the globe’s biggest and most important ageing convention comes to the Grimaldi Forum each year for three days in spring.

I attended the Aesthetic and Anti-Ageing Medicine World Congress on opening day, Thursday, and how very interesting it all was. I saw from name badges that most of the delegates were doctors, many of them from California, but that didn’t stop me from poking around in search of the secrets of eternal life.

There was the usual advice, of course, about eating well. The Mediterranean diet was expounded, as it always is. I eat a lot of pizzas, but I buy them at Carrefour in Fontvieille so that must count. The Med is just across the street.

Quite a lot of exercise is also important, I am told.

Being married to a much younger wife helps, too, which isn’t a problem for the plastic surgeons from Beverly Hills because their earnings are astronomical. Once their loving companions get a bit long in the tooth they can whip out the knife and take care of things, or spice things up with Russian Lips, upstairs or downstairs.

Yes, that is the accepted technical term for them, I learned.

So, eternal youth is all about appearance, so it would seem, rather than anything deeper.

That’s a battle I’ve already lost having recently crossed the rubicon from ‘young old’ to ‘old old,’ so I fall back on the very wise words of Alexander Chalmers, the Scottish writer, echoed by the man who organised the infamous Parisian wine tasting at which New World wines beat the best of French: The secret of a long and happy life, he said, is to have someone to love, something to do, and something to look forward to.

I am very fortunate on all three counts, which makes growing old in Monte-Carlo absolute bliss.

Any views expressed by Jeff Daniels do not necessarily reflect those of the publishers. Jeff Daniels worked as a journalist in central and Eastern Europe from 1992 until 2008 and previously in California.

ILLUSTRATION: How things are heading in the social media era, from the AMWC opening press conference