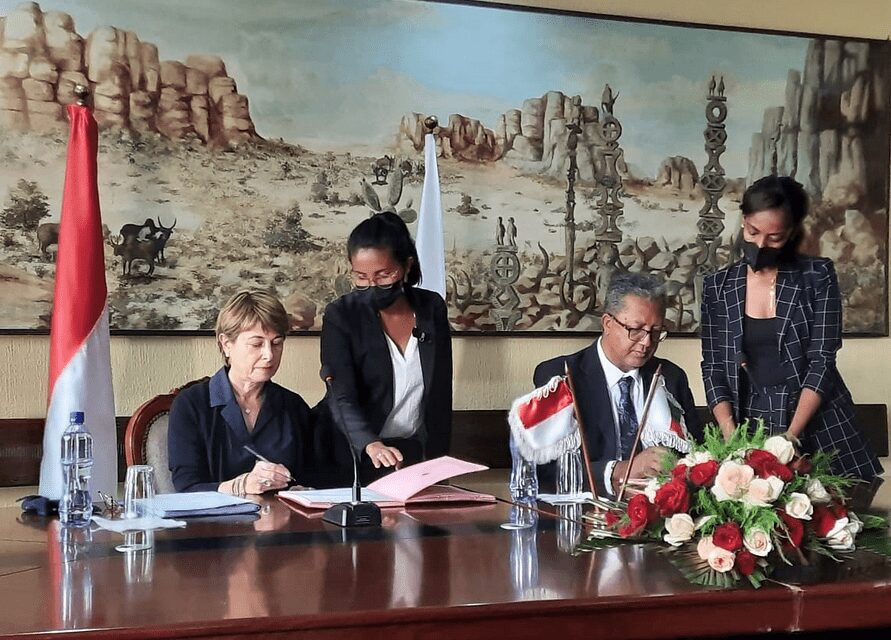 Isabelle Berro-Amadeï, Minister of Foreign Affairs and Cooperation, has signed a Framework Agreement for cooperation between Monaco and Madagascar while on a visit to the island.

The Prince’s Government has been supporting Madagascar for twenty years by supporting projects in work, education, child protection, food security and health. Since 2009, more than 20 million euros of Official Development Assistance has been allocated by Monaco to contribute to the socio-economic development of the country, ranked eighth out of 180 countries most vulnerable to the effects of climate change.

Two consecutive years of drought are now causing an unprecedented famine in the Great South region of the island – recognised by the United Nations as the first famine due to climate change – and more than 1.1 million people are in a situation of serious food insecurity.

The signing of this cooperation agreement by Isabelle Berro-Amadeï and her Malagasy counterpart Richard Randriamandrato testifies to the commitment of the Prince’s Government to remain alongside the Malagasy people, and particularly with the most vulnerable populations on the Big Island.

“The Principality of Monaco has never ceased, even in times of crisis, to support its partners in Madagascar. It intends, by signing this Framework Agreement, to ensure its unwavering support for the Malagasy State in the implementation of its national policies, to meet the challenges of the country, which is facing an unprecedented multi-dimensional crisis (climate, food, health and social),” said Ms. Berro-Amadeï.