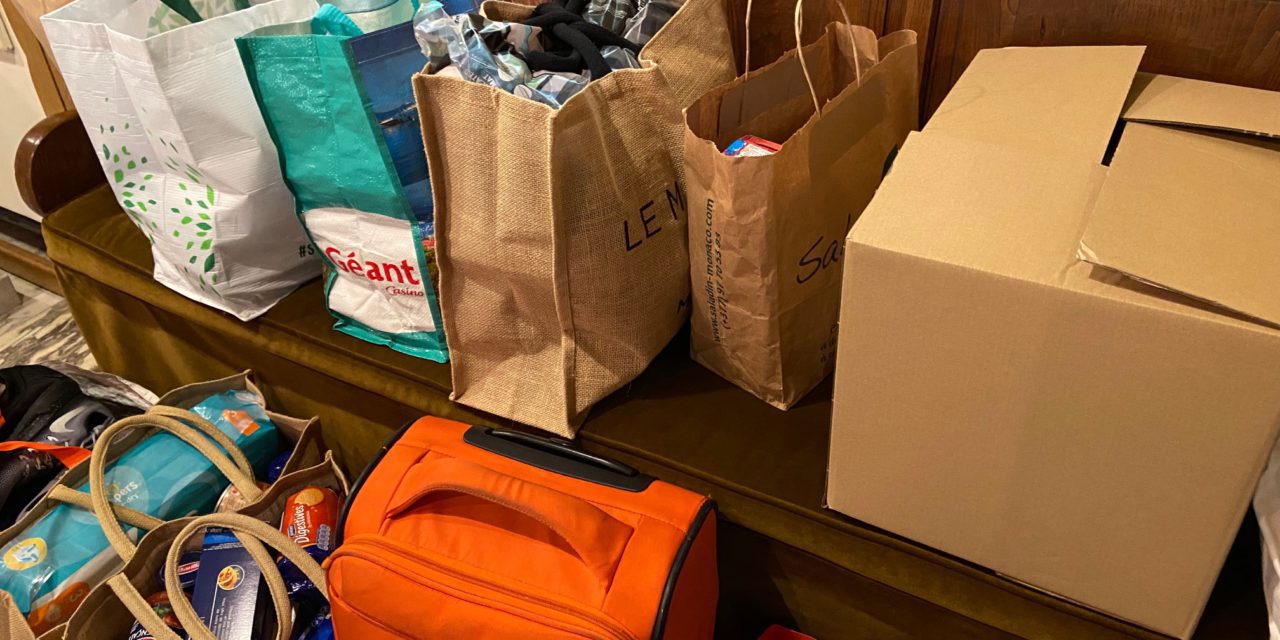 Monaco’s Red Cross on Monday announced an initial release of 80,000 euros to aid Ukrainian refugees fleeing the conflict in their home country.

Several other organisations and individuals have launched appeals, including St. Paul’s Anglican Church. Volunteers accepted many welcome donations on Tuesday, with donors supplying items that will be of most use to the thousands of women and children fleeing the fighting.

Organiser Author Reynolds said that it will be just a couple of days before the first van load can leave for the Hungarian-Ukrainian border. The collection continues this week from 10:00 until 16:00. Items should be new or cleaned and washed and not comprise heavy outer clothing or large toys. The emphasis should be on toiletries, baby food and under garments.

So far, more than 660,000 refugees have crossed into neighbouring countries and the flow is expected to continue for many more days as the war rages following Russia’s invasion.