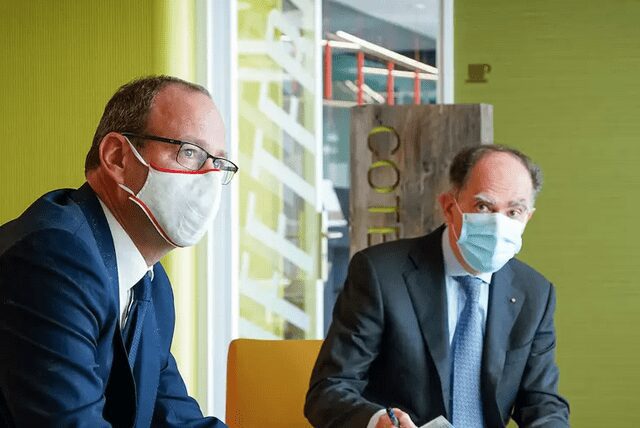 One of the major planks of Monaco’s program of digital transition has been the fonds bleu, a scheme that enables a limited number of Monaco companies to benefit from state subsidies.

This has been a proven success, according to Minister of Economy and Finance Jean Castellini. The Government has injected 20 million euros into the scheme.

Frédéric Genta, the official in charge of Monaco’s digital transition said: “We saw during the crisis that Monaco needed a resilient economy and that for our economy to hold up, it had to be digitised. The goal was to enable our companies to move forward thanks to a digital recovery plan.”

So far, 500 projects have been approved, with the Government picking up the tab to the tune of 51 percent and with an average value of 28,000 euros per project.

The Government says that the economy has been transformed as a result of the blue fund. Ninety percent of the projects have been carried out by 150 Monegasque digital companies, 15 of which were set up since the launch of the fund.