This Week in Monaco – January 31 to February 6 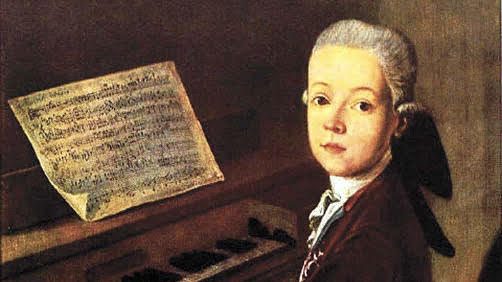 The Audiovisual Institute of Monaco presents a screening of the 1942 Portuguese film titled ‘Aniki Bobo’.

The film will be screened in its original version with French subtitles, and the screening will begin at 20:00 on Tuesday, February 1.

The Monte-Carlo Philharmonic Orchestra is back this week with another concert inspired by Mozart. However, this concert is intended for a younger audience, and appropriately focusses on the childhood of the renowned composer.

“He was, in the history of music, one of the earliest gifted children,” reads the OPMC website, adding that “during this concert aimed primarily at children and young people, we will explore his first compositions in the field of chamber music and opera.”

Andre Peyregne will narrate, while David Bismuth and Liza Kerob will perform on the piano and violin respectively, alongside the children’s choir of Academie Rainier III.

A band called Ropoporose from Loir-et-Cher will revisit the soundtrack of John Carpenter’s first film, ‘Dark Star’ a psychedelic science fiction parody made in 1974.

The cine-concert will begin at 19:00 on Thursday, February 3 in the Louis Notari library.
Entry is free, but reservation is required.

Moments Mozart no.3 – an OPMC concert

The Monte-Carlo Philharmonic Orchestra returns with another ‘Moments Mozart’ concert.

David Bismuth will perform on the piano, while Liza Kerob plays on the violin alongside Federico Andres Hood on viola and Thierry Amadi on cello.

The talented musicians will perform the works of Mozart and Beethoven in this concert, which will begin at 20:00 on Friday, February 4 in the Auditorium Rainier III.

Moments Mozart no.4 – an OPMC concert

The Monte-Carlo Philharmonic Orchestra presents their fourth and final concert of the ‘Moments Mozart’ series.
This time, David Fray will perform the works of Mozart on the piano alongside mezzo-soprano Cecilia Bartoli, while Kazuki Yamada will conduct.

The concert will begin at 18:00 on Sunday, February 6 in the Auditorium Rainier III.

Featured image: Mozart as a child