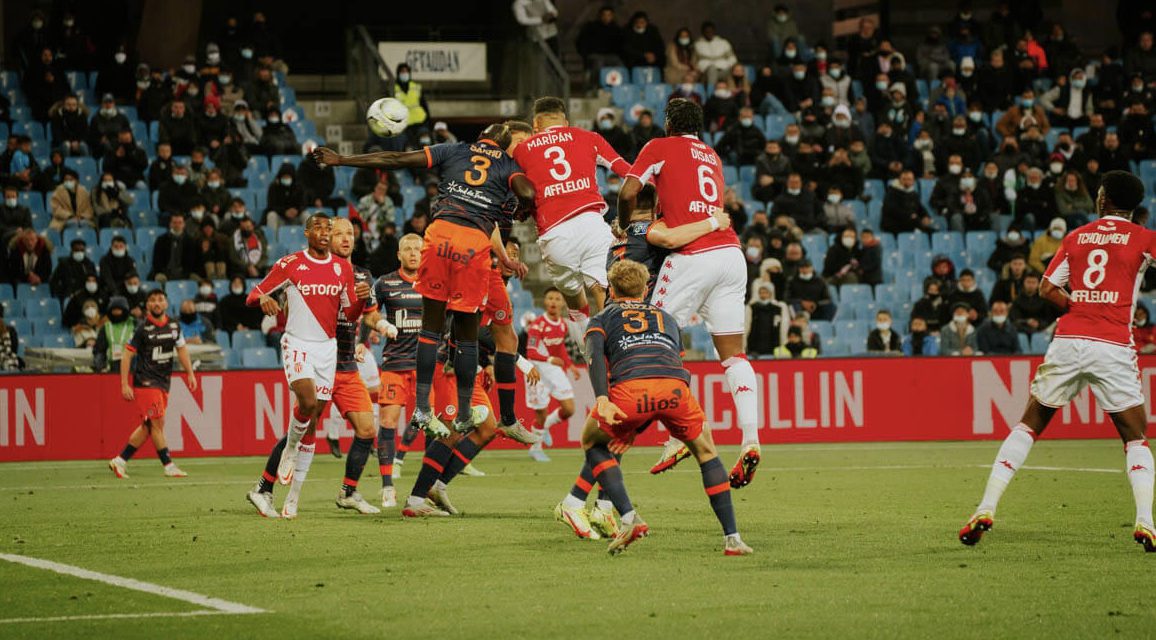 Supporters of AS Monaco endured a rollercoaster of a match as the Monegasques faced off against Montpellier away in a regular league fixture on Sunday, January 23.

Aligned in a 4-3-3 formation, Monaco began the match with every intention of scoring, but quickly fell behind as Elye Wahi was able to score from a counter-attack in the 13th minute.

Montpellier were able to double up through a goal by Stephy Mavidi, who brought the hosts up to 2-0 at the 32nd minute.

However, captain Wissam Ben Yedder and his teammates reacted immediately, and it would be the skipper who would score just two minutes later on an assist by highly-prized midfielder Aurélien Tchouameni. With this play Monaco reduced the gap, and brought the scoreline to 2-1.

The match resumed at a much slower pace in the second half, as the Monegasques pushed on in search of an equaliser, but the Montpellier defensive line kept their visitors at bay.

That was until new signing Vanderson had something to say about it. The Brazilian was substituted in at the 57th minute, and scored his first goal in a Monaco jersey at the 81st minute, equalising the scoreline with a perfect volley.

Despite this great effort from Vanderson on his debut for the Principality side, Montpellier had the last laugh, as Mavidi came back to bite one minute into extra time.

With a final scoreline of 3-2 to Montpellier, Monaco left the Stade de la Mosson defeated and dropped down to seventh place in the Ligue 1 table, leaving some supporters questioning the abrupt dismissal of Niko Kovac.

Monaco’s next fixture will be away against RC Lens in the Coupe de France’s round of 16 on Sunday, January 30.