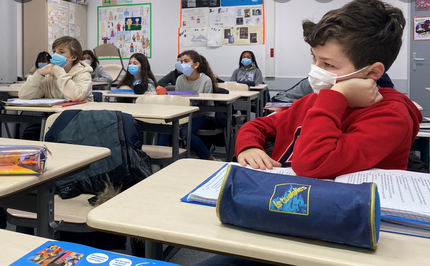 French teachers’ unions have called for another strike on Thursday, January 20, in protest at what they claim is coronavirus chaos in the schools.
“The chaos generated by the management of the health crisis deserves strong responses, beyond the commitments made by the Prime Minister and the Minister of National Education” on January 13, several unions said.

Whether these measures will be enough to defuse the tense situation in the education sector remains to be seen, as teachers continue to call for a massive investment in the schools and the hiring of thousands more teachers, plus higher salaries.

With three smaller unions not preparing for a strike on Thursday, it would appear that the effect of this week’s walk-out will be less keenly felt.

The first textbook ever written about the Superyacht industry