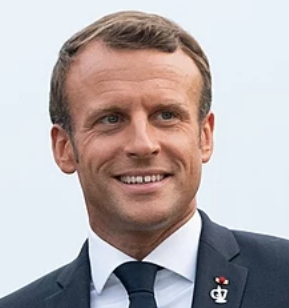 President Macron made his views on vaccine refuseniks quite clear on Tuesday in an interview with le Parisien newspaper.

“The unvaccinated, I really want to piss them off,” he said. He continued by saying that those who have not had at least two doses of coronavirus vaccine will be unable to visit bars, cafes, restaurants, cinemas or theatres if legislation currently before the French lower house is passed, as expected.

The President’s earthy language unleashed a deluge of outrage from across the political spectrum. At the forefront of the righteous indignation was Jean-Luc Mélenchon of the far-left LFI party, who denounced a “staggering admission” from the President of the Republic. “It is clear, the vaccination pass is a collective punishment against individual freedom,” he said. Damien Abad, leader of the centre-right Les Republicains, called the President’s remarks “unworthy, irresponsible and premeditated.”

Christian Jacob, president of the Republicains, added: “I cannot support a text that aims to piss off the French,” he added. Marine Le Pen said Macron’s words were of “unheard vulgarity and violence,” while Eric Zemmour, the other leading rightist contender for the presidency, described Macron’s statement as being a cynical statement from a candidate who despises the French.

Macron’s statement succeeded in uniting France’s schismatic political establishment, a great achievement in itself, but it is unlikely to have caused him lasting political damage. Those who refuse to be vaccinated are unlikely to be Macron voters in the presidential election in three months time since refuseniks are much more likely to support either the right-wing candidates or no-hoper Mélenchon, whose platform is a liquorice allsorts of policies and stances.