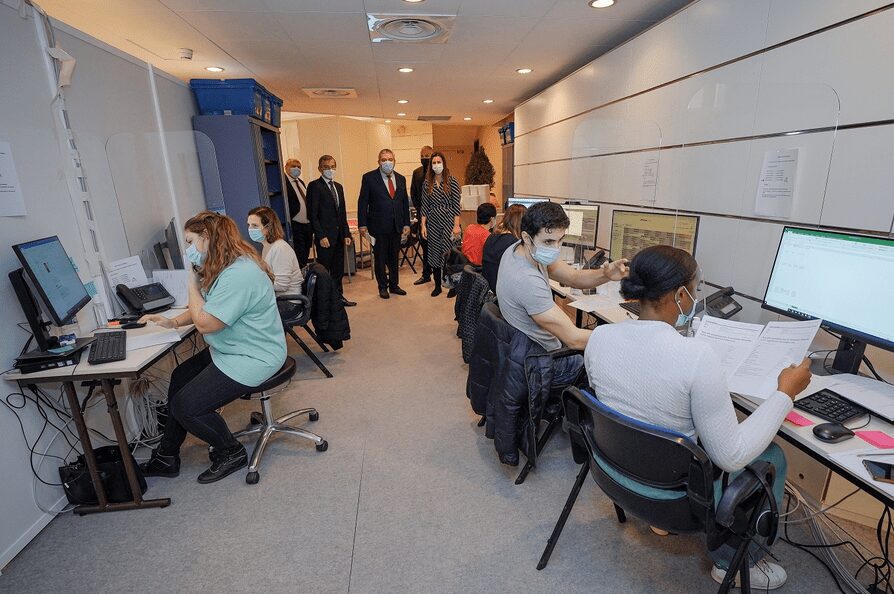 Minister of State Pierre Dartout paid a working visit on Monday to the various teams working at the Auditorium Rainier III on the ongoing health crisis: the National Screening Centre, the National Vaccination Centre, the Covid 19 Call Centre, the Epidemiological Investigation Unit and the Home Monitoring Centre.

The Minister warmly thanked everybody for the work they do in the fight against the pandemic.

He added that the incidence rate had just passed 800, a figure close to that of the PACA region. Faced with this worrying situation, he insisted on the need to be vaccinated, to be screened and to respect barrier gestures to limit the propagation of the virus during this holiday season.