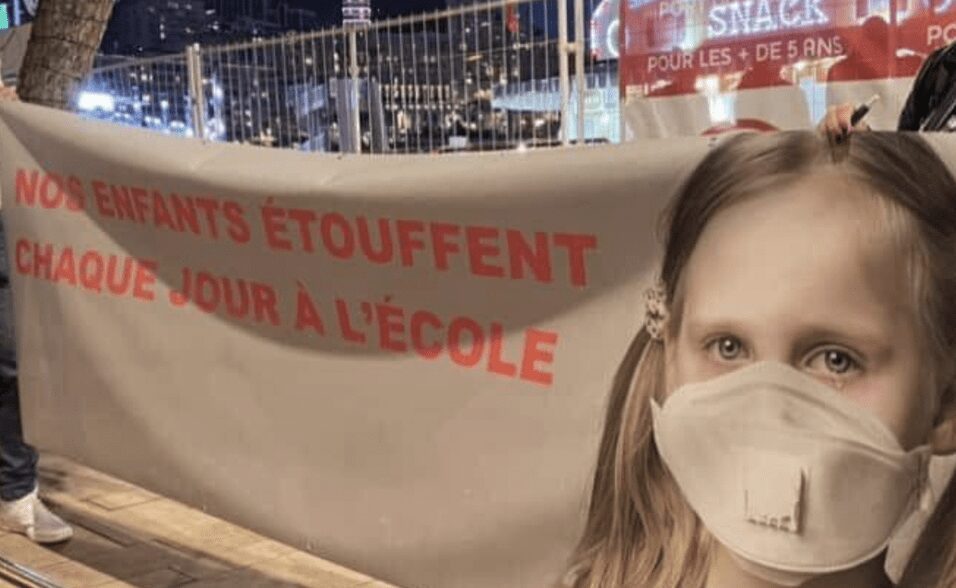 Organisers of a planned protest against children being made to wear masks at school have hit back at the Monaco Government after abandoning a planned public demonstration outside the Grimaldi Forum on Monday afternoon.

Sharon Rochetin, the Monegasque organiser of the Facebook protest group, said that they were not allowed to assemble in their chosen spot, between the Portier roundabout and the square in front of the Grimaldi Forum, but were allocated a space to “demonstrate on a small piece of sidewalk in the road opposite, without any visibility.”

She added: “The Minister of State’s also reported that the demonstration presented a proven risk of disturbing public order.”

She claimed that a banner that had previously been displayed near the hospital and outside the fair on Port Hercule had been judged to be “anxiety-provoking” and “of a nature to offend the sensitivity of the public.”

Ms Rochetin said that the Government’s actions were an attempt at psychological pressure aimed at stifling protests. She vowed to continue to protest against the rule requiring masks to be worn by schoolchildren and “to make visible those who do not agree with government decisions”.

Three protests against the Health Pass held in Monaco in September attracted a large number of demonstrators and were authorised by the Government.

Several days ago Minister of State Pierre Dartout said that those who are against the vaccine and the wearing of  face masks were totally irresponsible.