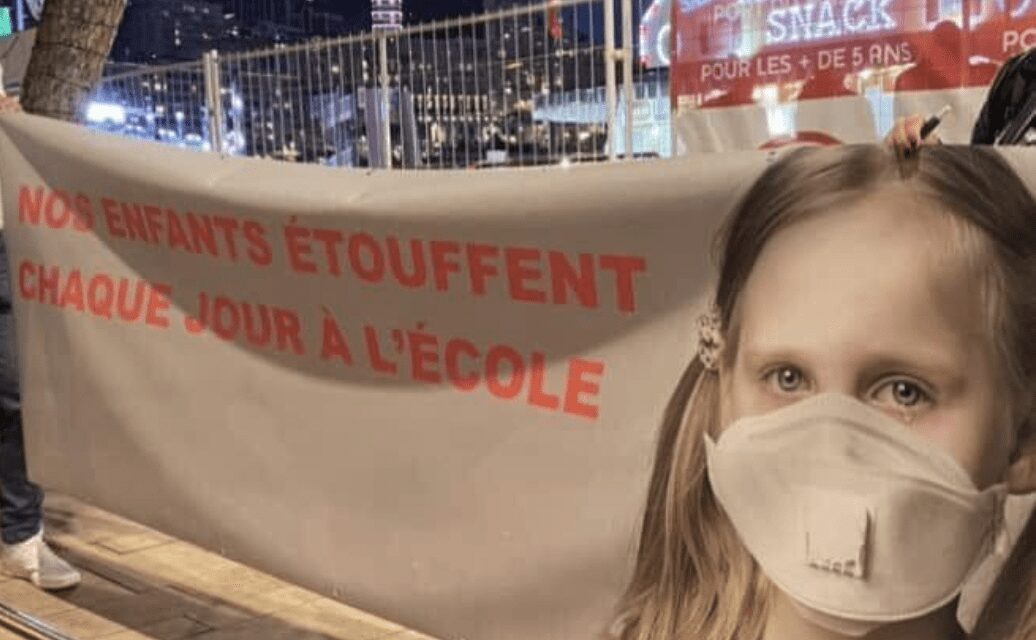 A number of Monaco parents have formed a protest group to campaign against the compulsory wearing of face masks in the Principality’s schools.

With the Facebook handle ’Stop au port du masque pour nos enfants’ (Stop the wearing of masks for our children) the group has attracted more than 800 members.

Outside the hospital on Wednesday last week, and again later that day next to the Fair on Port Hercule, supporters unfurled a protest banner reading ‘our children choke each day at school.’

According to one protester, the police intervened and politely asked the protesters to remove the banner pending approval from the Ministry of the Interior. The protester said: “The message isn’t insulting, the banner wasn’t attached to the fence, and above all, it’s the absolute reality: our children suffocate each day at school in Monaco.”

A demonstration is planned for November 29. However, whether the Government will be as accommodating as it was earlier this year, when several demonstrations against coronavirus restrictions were given the green light, is very much in doubt.