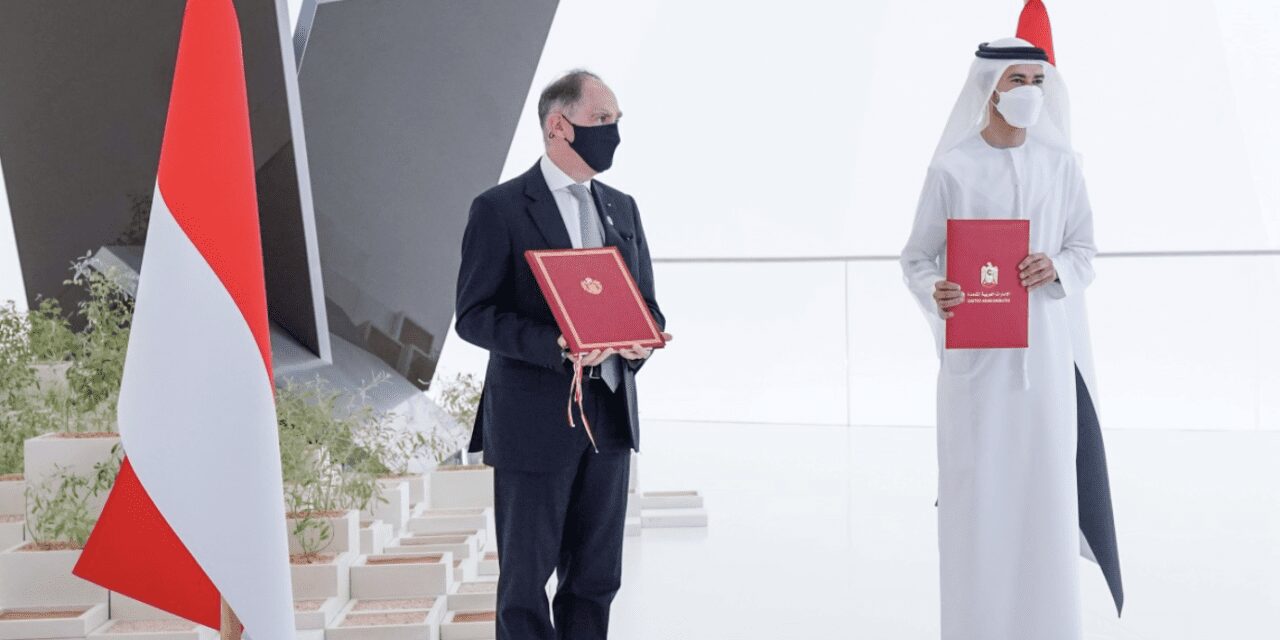 Dubai’s Crown Prince and Prince Albert witnessed the signing of an agreement on taxation on revenues between the UAE and Monaco. The agreement was signed by Mohamed bin Hadi Al Hussaini, UAE’s Minister of State for Financial Affairs, and Jean Castellini, Monaco’s Minister of Finance and Economy.

Prince Albert praised the progress the UAE has made in various fields and its unique sustainable development model that focuses on the growth of vital sectors that are shaping the future of our world. He stressed the importance of taking advantage of the exceptional opportunities offered by Expo 2020 Dubai to advance global development and build a more prosperous future for the planet.

Monaco’s Pavilion is inspired by the ‘Rock of Monaco’, a gem-like polygonal structure that reflects the country’s national, cultural and environmental identity, as well as its extensive experience in education, construction, science, power generation and other vital sectors.

Prince Albert was accompanied on his visit to Dubai by Princess Stephanie and a contingent of Carabiniers.

Francesco Grosoli, CEO of CMB Monaco, sponsor of the Monaco pavilion, said that the bank was happy to have had the opportunity to confirm its strong links with the Principality by being part of this prestigious universal expo.

“It is an extraordinary opportunity for a country the size of Monaco,” he said.

The signing of the bilateral tax accord will bring substantial advantages to the Principality, Mr Grosoli said.