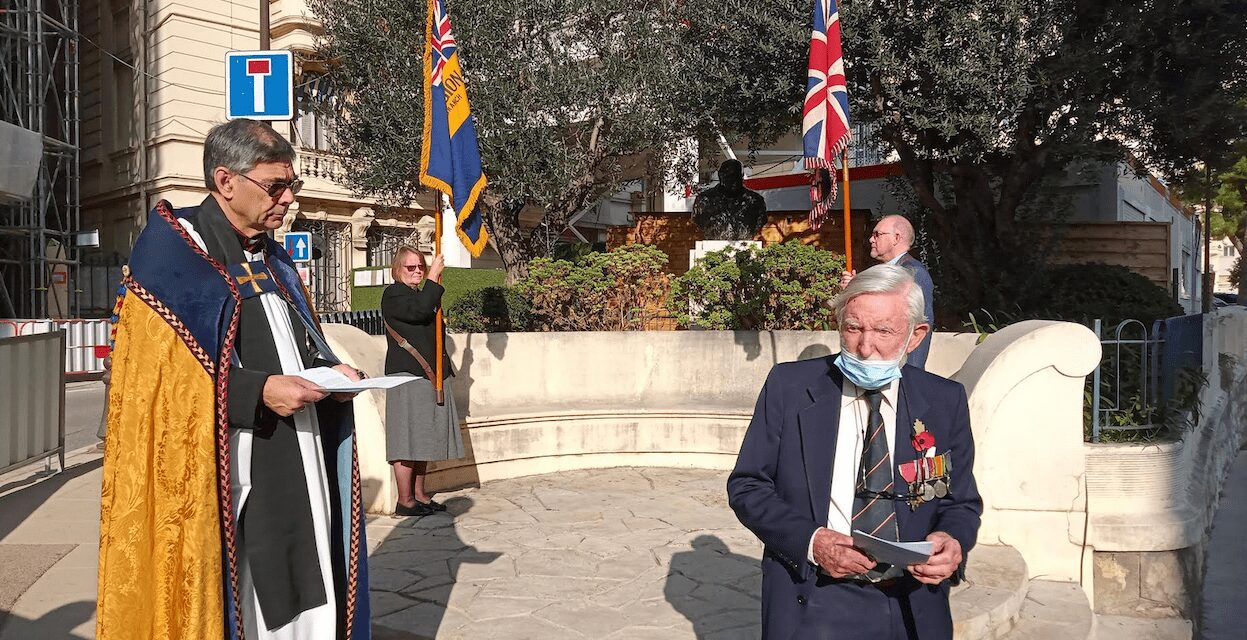 Members of St. Paul’s Church in Monte-Carlo gathered at the bust of wartime leader Sir Winston Churchill on ave. Grande Bretagne on Sunday for a short service to honour British and Commonwealth combatants in two world wars.

Commander Michael Healy MBE, Chairman of the Nice-Monaco branch of the Royal British Legion, spoke of the history of the bust, and how a copy of the original had been made in a hurry to stand in for the permanent bronze bust now on display.

Following the ceremony, those attending returned to Saint Paul’s where the congregation gathered for a special and moving service conducted by the chaplain, the Revd. Canon David Roper SCP. During the service a trumpeter sounded Reveille and the Last Post.

TOP PHOTO: Canon David Roper and Commander Michael Healy MBE. The bust of Churchill can be seen in the nackground, and (below) in close-up Jack Brodie