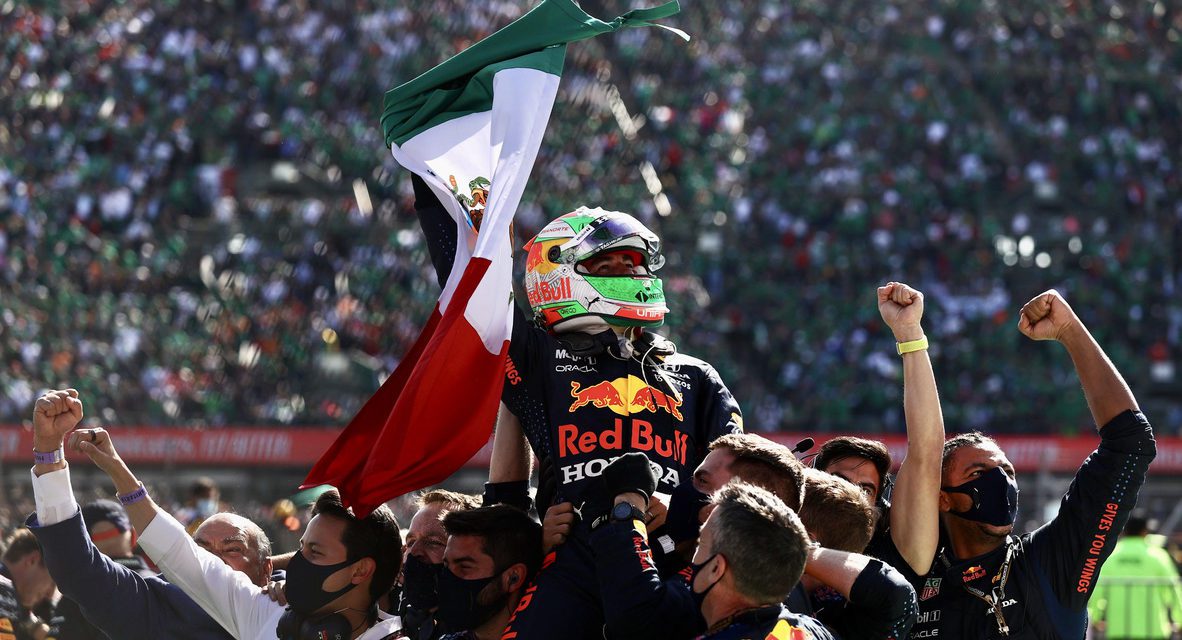 Max Verstappen found victory again, this time at the Autodromo Hermanos Rodriguez in the 2021 Mexico City Grand Prix. Verstappen took his Red Bull over the line first with 16 seconds between himself and Lewis Hamilton in second place. Meanwhile, a delighted Sergio Perez became the first Mexican to step on the podium at his home grand prix.

At the beginning, though, the final outcome could not quite be expected. Valtteri Bottas started the race in pole position, but that small victory was very short-lived, as Verstappen overtook both Mercedes to take the lead going into the first corner. Bottas was then tipped into a spin by Daniel Ricciardo, and frustratingly dropped to the back of the pack.

After that early drama, the race quickly became a matter of tyre management and pit strategy. Overall, the Red Bull Racing team were the best on the day, as both car and driver maintained strong race pace throughout.

On the other hand, Mercedes did not have the most memorable race, and found themselves relying on Hamilton to make the best of the situation.

Cheers erupted from the crowd as they saw their home hero come within reach of the defending world champion in the final moments of the race, but Perez could not take advantage of his fresher set of tyres, and finished 1.1 seconds behind Hamilton in the end.

Pierre Gasly crossed the line in fourth place, 46 seconds behind Perez and 17 seconds ahead of Charles Leclerc, who did well to push his Ferrari to a fifth-place finish.

Meanwhile, an imaginably disgruntled Bottas was stopped on his 66th lap to change to a set of soft tyres in the hope of snatching away the fastest lap from Verstappen. The flying Finn changed to another set of tyres to achieve the fastest lap on the last lap, but finished in 15th place.

After the 18th race of 22 in this year’s Formula 1 calendar, Red Bull are just one point behind Mercedes in the constructors championship, while Verstappen enjoys an extended lead of 19 points ahead of Hamilton in the World Drivers Championship.

Next up is the Brazilian Grand Prix on Sunday, November 14.

Featured image courtesy of @F1 on Twitter, Sergio Perez has become the first Mexican to step on the podium at his home Grand Prix