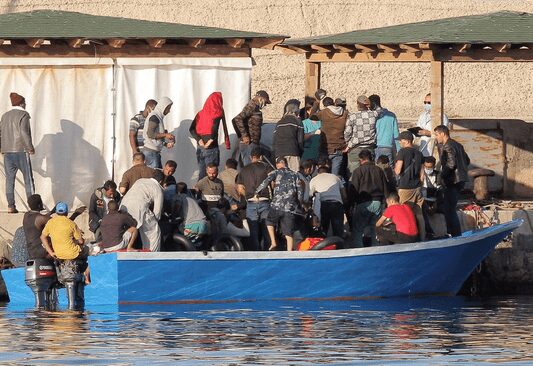 It’s not just the disagreements over fishing for French trawlers in UK waters, nor the AUKUS submarine affair that saw French hopes of a major defence deal smashed, that have soured relations in recent weeks, but also profound differences over the upsurge in migration across the English Channel.

So far, hardline UK Home Secretary Priti Patel has made strong statements over the waves of illegal immigration across the Channel, but in truth she has made very little impact. Indeed, numbers have soared from one year to the next. According to the BBC, more than 15,100 people have reached the UK in small boats this year. About 8,400 people made the crossing in 2020, four times greater than 2019.

On a single day this summer, August 24, 800 migrants made the crossing in rubber dinghies. Most of the migrants were young males.

The UK side has frequently blamed the French for not stopping embarkations, and Patel would like to see a change in the rules to prevent illegal immigration, extending as far as ‘push-back,’ but the French say that saving human lives must remain the top priority. In September, French Minister of the Interior Gérald Darmanin said that France will not accept any changes to the international rules governing migrant rescue at sea.

Meanwhile, the French side is very anxious to avoid the appearance of another ‘jungle’ in or near Calais.

UK Prime Minister Boris Johnson has come under domestic pressure for going back on promises, such as not to raise taxes and social security contributions. If there is any topic where he can be expected to take a strong and consistent stand it’s on the question of illegal immigration across the Channel, and that’s set to see strong differences between London and Paris.