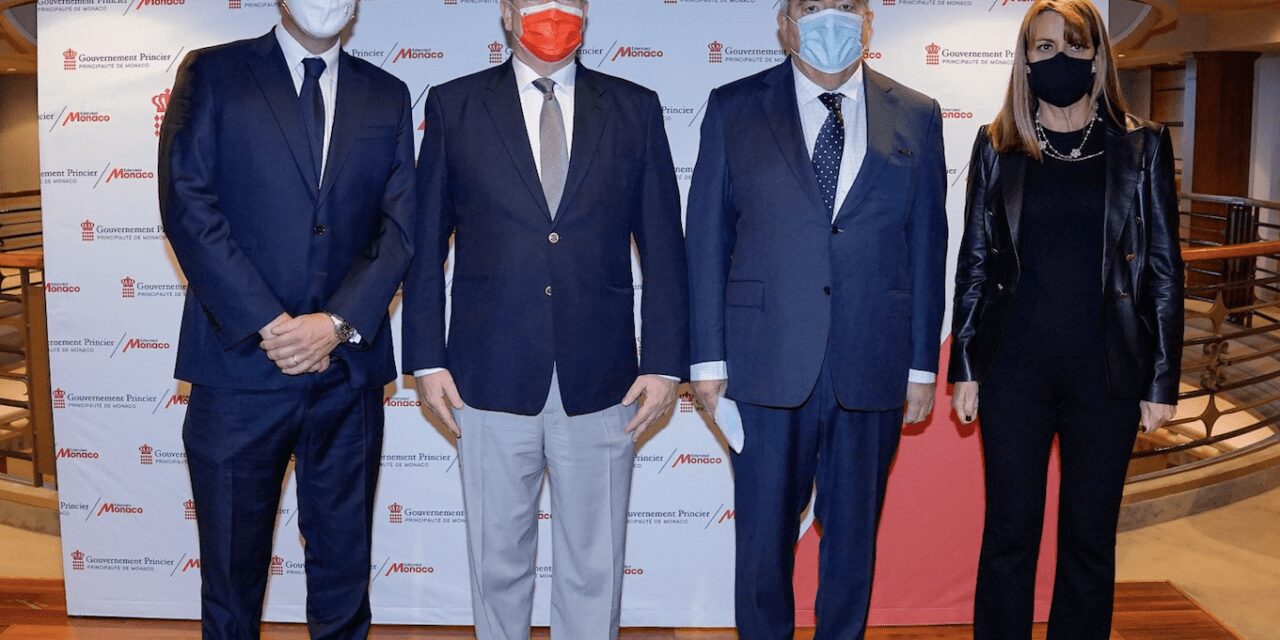 In the space of three years, the Principality has acquired digital technologies serving residents’ quality of life and the attractiveness of its economy, with the ambition of making Monaco a benchmark city-state in the digital world, a meeting on Monday heard.

On October 25, at the Princess Grace Theatre, HSH Prince Albert, Mr Pierre Dartout, Minister of State, Mr Stéphane Valeri, President of the National Council, Ministers, and the Inter-ministerial Delegate in charge of Digital Transition, Mr Frédéric Genta, and many others shared the progress of the digital transformation of the Principality.

“In less than three years, digital technology has experienced spectacular progress in the daily lives of Monegasques, Residents and commuters,” the Sovereign said.

“Our economy has gone digital,” he added.

Frédéric Genta said: “On the strength of its cutting-edge digital infrastructure, the dynamic of transforming its economy, a protective legislative framework against certain intrusive global practices and its ecosystem of investors, the Principality has unique strengths to attract residents and the businesses of tomorrow, not to say today.”

For its part, NEWS sarl, the Monaco company that publishes Monaco Daily News and the daily newsletter Good Morning Monaco, welcomes the transition to a digital economy.