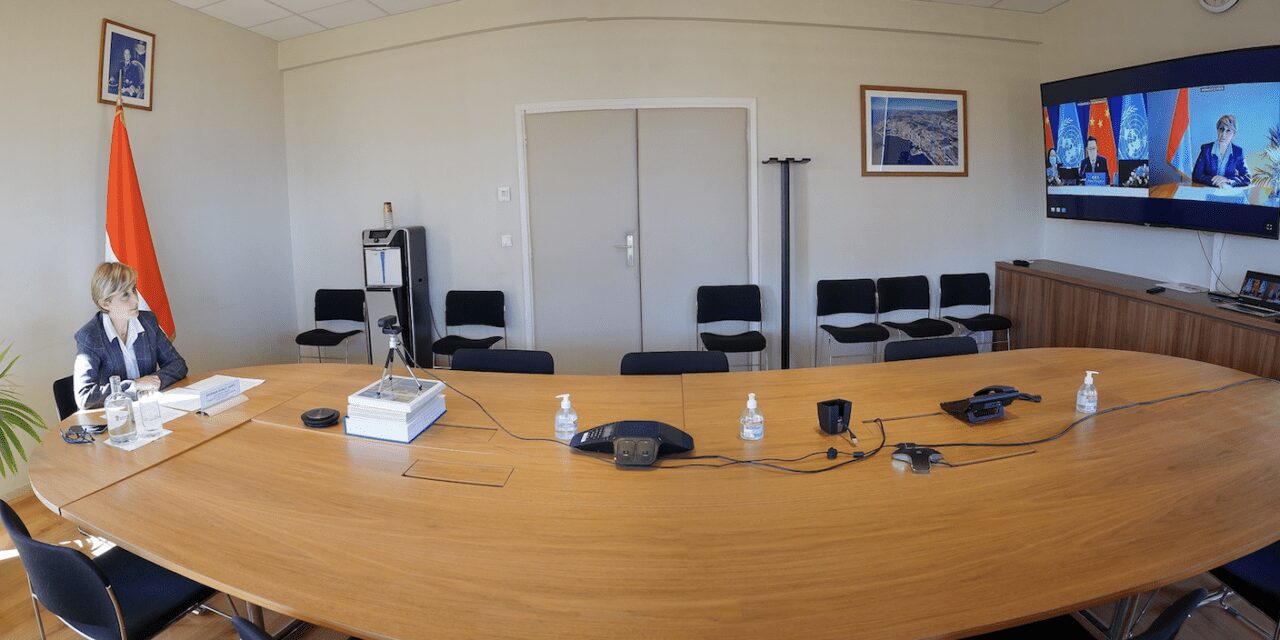 Mrs Céline Caron-Dagioni, the recently-appointed Minister of Infrastructure, the Environment and Urban Development, has taken part in a video conference as part of the COP 15 conference on biological diversity.

It was her first international appearance. The theme was “Placing biodiversity on the road to recovery.”

Céline Caron-Dagioni underscored the Principality’s attachment to the preservation of biodiversity, both marine and terrestrial, and the need to recognise its essential contribution to the survival of mankind.

In May 2022, the Global Framework for the Biodiversity for the post-2020 period and the objectives to be achieved to fight against the loss of biodiversity is due to be signed.