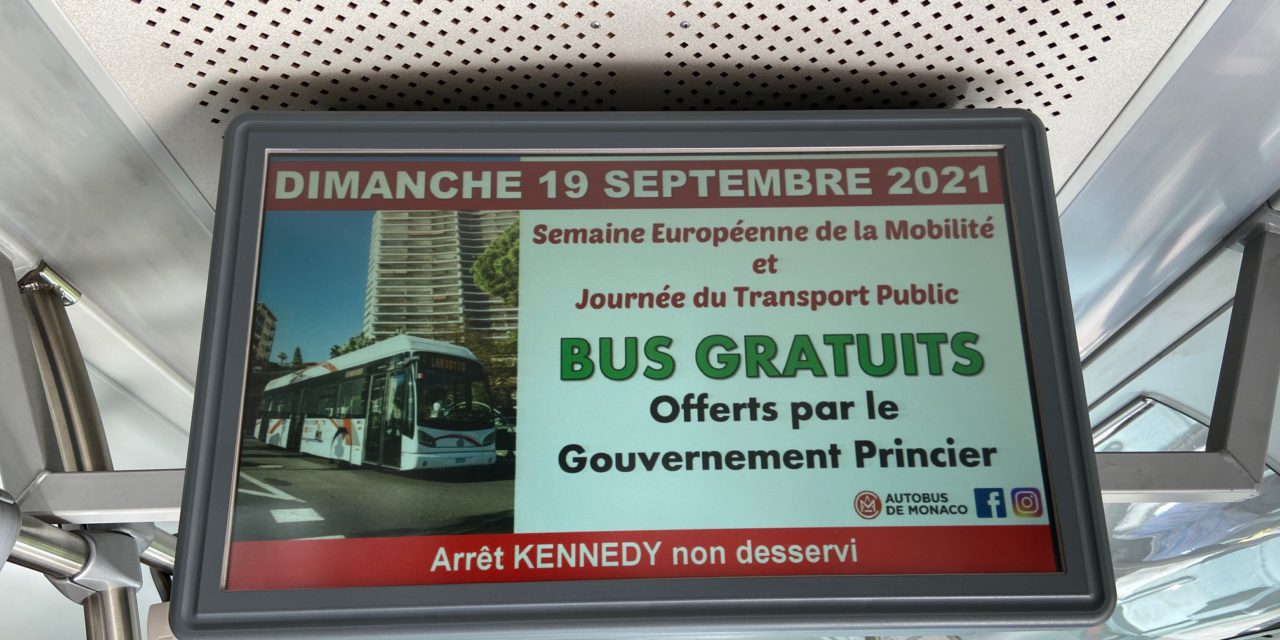 The Government is considering experimenting with free buses as a way to deal with overcrowding on the roads of the Principality.

April and May are busy times in Monaco, with major events including the Tennis Masters and the Grand Prix.

The Minister of State confirmed that a trial period for free buses would not be limited to occasional days, but would extend over several weeks.

President of the National Council Stéphane Valeri said last week that the elected body is also in favour of increasing the frequency of buses in order to reduce waiting times and increase the attraction of bus travel as a long-term solution to overcrowded roads.

In addition, all buses will be electric models by 2025.

Meanwhile, Monaco will be better served by trains by 2025, with 63 TER trains in each direction as opposed to 47 in 2021. This will mean that there will be four trains per hour throughout the day and not just during the rush hour.