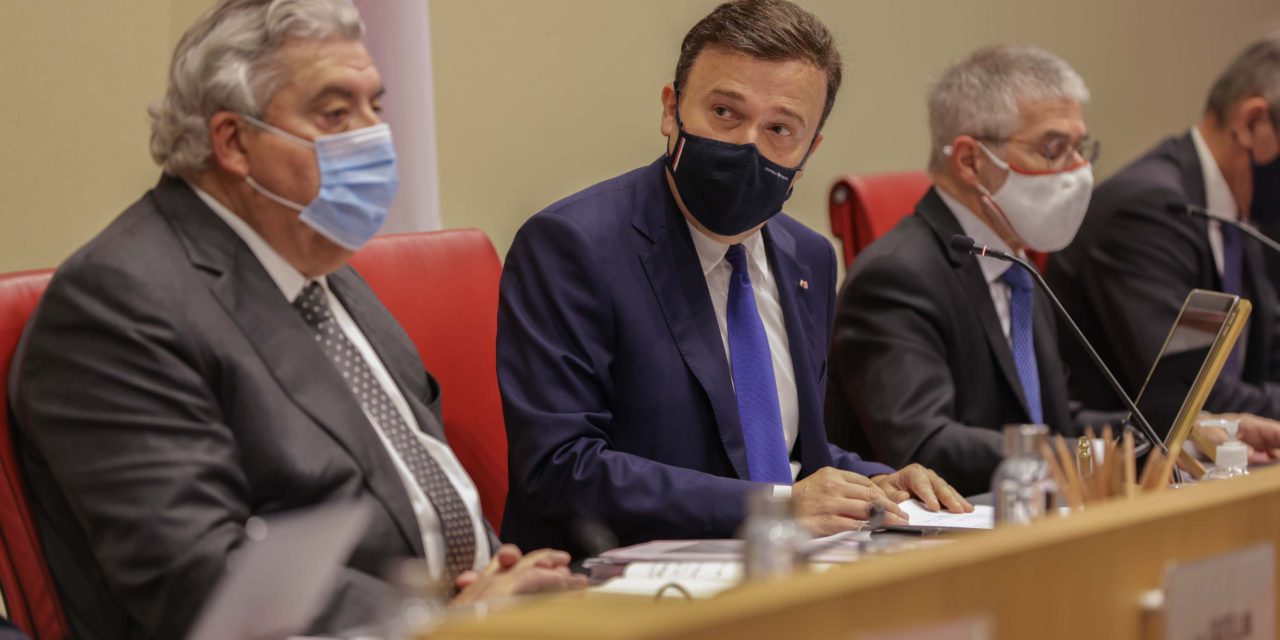 President of the National Council Stéphane Valeri opened his remarks at an important budget meeting on Thursday night by underlining the enduring difference in functions of the elected body on one hand and the Government on the other.

“Our institutions are of a different nature, and we will certainly always be the channel of the expectations and the legitimate needs expressed by Monegasques and residents through elected officials. This will inevitably lead us to experience sometimes contradictory debates between us, and to formulate sometimes critical proposals, but always with the aim of serving the general interest and contributing to the improvement of public policies in our country, of course in strict respect for everyone’s prerogatives,”
he said.

“These debates – and I know this is our shared will, yours and mine – must always be conducted in a responsible and non-controversial manner.”

Mr Valeri went on to say that the decision of the Prince to set up a Joint Covid-19 Monitoring Committee in March 2020 led to more frequent meetings between the two bodies.

He said that the relationship between the two sides emerged strengthened by those meetings.

However, he added that the budget for 2021 is, in fact, likely to be almost balanced, although as originally presented by the Government it had shown a deficit of more than 72 million euros.

“This is both more in line with reality, and it gives a signal of justified confidence in the good shape of our public finances and our economy,” he said.