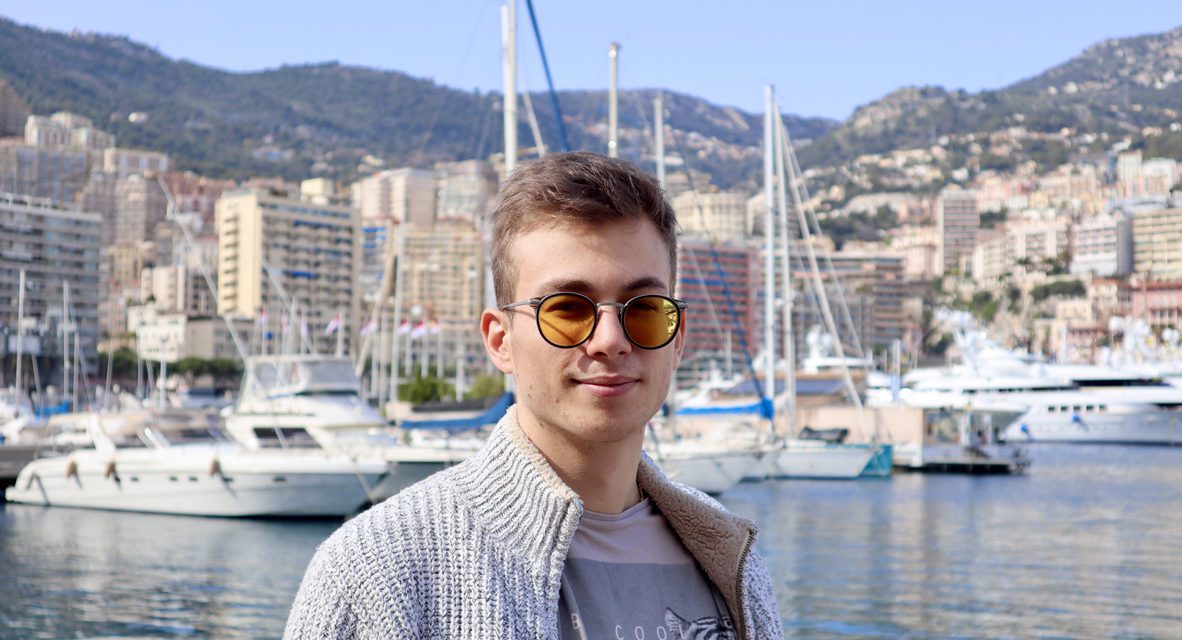 At 20 years old and with a bright mind, Thomas Rodier was studying to become an engineer when he discovered that he was beginning to lose his eyesight.

The distressing discovery was made on November 28, 2020, and revealed that Rodier suffers with a severe form of a rare genetic disease called retinitis pigmentosa, which continues to take his eyesight away.

Rodier told NEWS.MC that while this news was very difficult to hear, he must accept reality. Before his eyesight worsened Rodier was learning to drive, and using his engineering abilities and know-how to create all kinds of creative projects, such as a self-constructed electric skateboard.

Aware of the harsh reality that he now faces, Menton-born Rodier – a former student at Monaco’s FANB – has re-directed his creative efforts to spread awareness of the debilitating disease that is RP, and to raise money to fund treatment for it.

In order to make light of his situation, Rodier has taken to Youtube, and has wasted no time in creating informative and humorous content. You can learn more about RP and Rodier’s story by watching his video below:

Unfortunately, there is currently no treatment to cure or even properly slow RP, despite the efforts of researchers in France. Rodier hopes that through the raising of funds, he will be able to access stem-cell related solutions that could be made available in the United States in the future.

Rodier began undergoing acupuncture treatment in Friborg, Switzerland, but he remains realistic about his situation and continues to raise funds in the probable and unfortunate event that he will become fully blind. In that case, the funds raised will go a long way in helping Rodier with his future endeavours.

You can help Thomas Rodier by making a donation on his leetchi.com page through this link, where further details of his story can also be discovered.