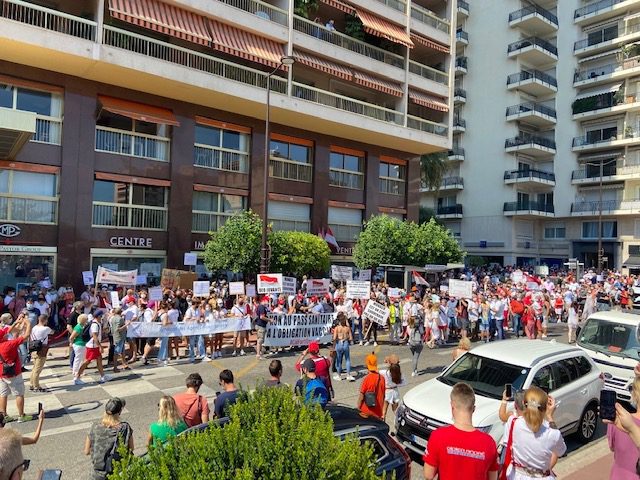 Part 2 of the anti-Health Pass campaign led by Sharon Rochetin and her Facebook group will take place on Thursday, September 9, at Place des Moulins.

However, instead of a march through the streets of Monaco, the protest will take the form of a sit-in.

“It will be a peaceful demonstration against the Health Pass,” Sharon said.

She added that while some protesters would like a more militant approach, it was important not to take the population hostage, by blocking streets and causing disruption to workers and schoolchildren. She said that the sit-in format would be a good compromise during a weekday protest.

Another march is planned for Saturday, September 11. Last Saturday’s march seems to have taken everyone by surprise, with more than 750 people turning out to march through the Principality.