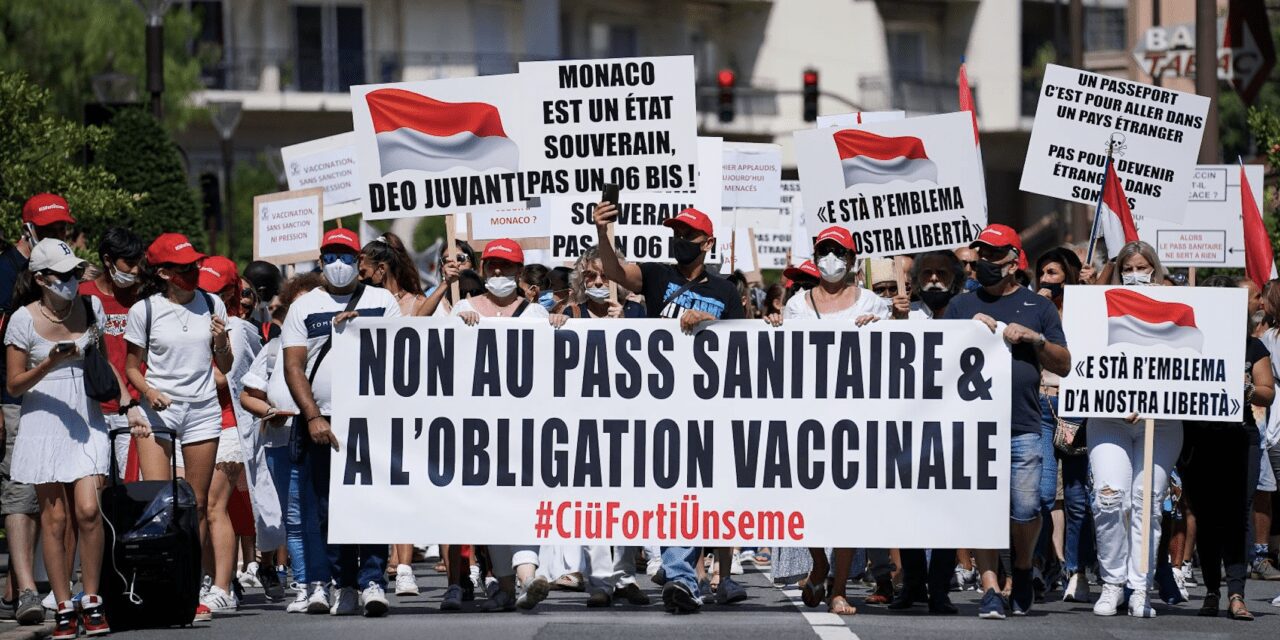 Between 750 and 800 people took part in a protest march against the Monaco Health Pass on the afternoon of Saturday, September 4.

Noticeable among the marchers were many young families with children, plus medical staff representing one of the Principality’s health sector unions who carried placards saying: “First you cheer use then you threaten us,” a reference to coronavirus vaccinations becoming mandatory for health workers. Among other posters were signs saying “I am not a QR code,” and “A passport is for travel to another country.”

The protest started from Place des Moulins shortly after 14:00 with the playing of the Monegasque National Anthem. The procession dispersed two hours later at Place Saint Devote, as planned.

In a press statement later in the day the Government said: “The demonstration took place in accordance with the commitments that had been set out by the Police Service. There is nothing (untoward) to note, neither relating to public order, nor to health security and more particularly to respect for barrier gestures and the compulsory wearing of a mask.”

The march broke new ground in Monaco, which is not noted for public dissent on such a scale.

One new coronavirus case in Monaco on Wednesday 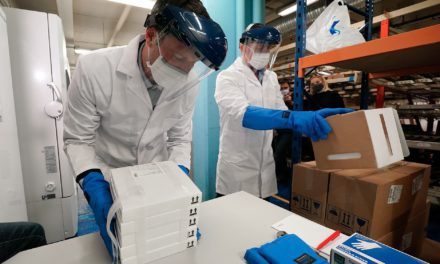