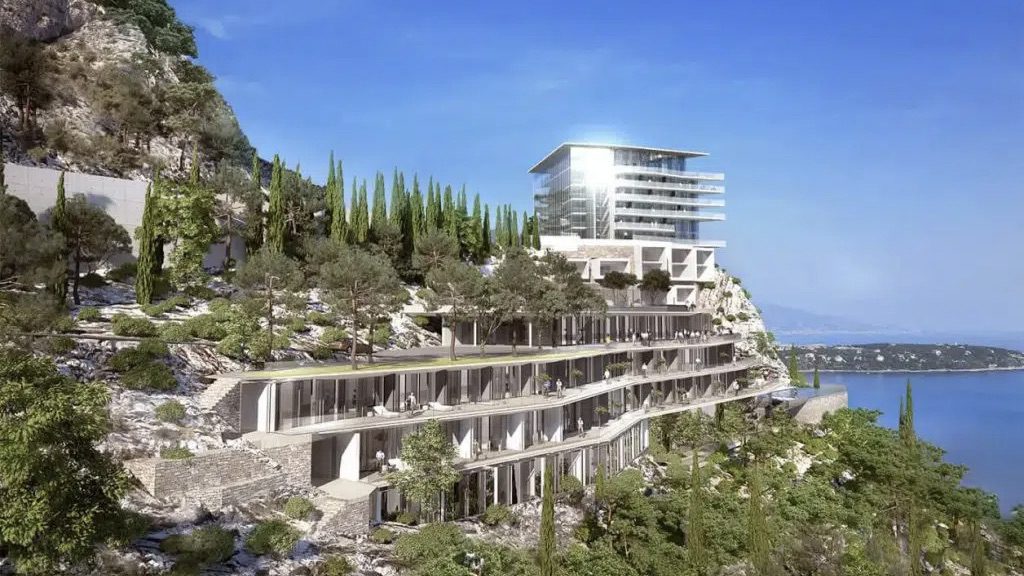 After six years of construction the Maybourne Riviera hotel in Roquebrune-Cap-Martin is complete. The hotel, which replaces the Vista Palace Hotel and overlooks the Principality, is set to open its doors later in the summer of 2021.

The previous hotel was bought in 2014 by former PSG owner Hamad bin Khalifa al-Thani and has since then undergone a complete transformation, with the creation of an additional 20 rooms including surprises such as cave rooms that have been built into the rock.

The construction of the new hotel was faced with problematic environmental issues, which resulted in legal actions from concerned local residents and associations. These concerns were raised on account of the dangers that building on a cliff face posed to those below it.

Despite these difficulties, the construction of the Maybrourne Riviera hotel has been completed, at a cost of around 100 million euros.