Between night and day on Europe’s trains de nuit

Occasionally, flying over the Alps, catching a view of the water spout in Geneva, heading northwest and spying the Awful Tower of Paris, I’ve been reminded of my longer journeys, from London to LA, when there was so much time to look out and ponder, and far above the earth, feel free of petty problems.

The welcome tinkle of ice on an approaching drinks trolley 30,000 feet over snowbound northern Canada added to the seduction, but, alas, the nearest I’ve come to this in the past twenty years has been on the Prague-Bratislava express in winter, when the pitter patter of tiny icycles falling from the power lines above the train would wake me and disappoint.

Now, after a change of heart by the French government, more romance is on the cards, or in this case, on the rails. The night train is making a comeback.

Prime Minister Jean Castex has been aptly described as having the air of a much-harassed geography teacher but for me he jumped in my estimation when I found out this week that’s he’s a rail enthusiast and has even written a book on the topic.

So, it should come as no surprise to learn that Mr Castex took the reintroduced Paris-Nice night train on its first journey on Wednesday night, arriving Nice at 09:11 on Thursday morning. I have no idea what he did in Nice yesterday except catch the night train back, but I suppose he might have had a coffee and crossaint now that the cafes are open.

Great publicity for a service that should appeal to many in Monaco, especially bearing in mid that reclining seats cost only 29 euros. That come to 58 euros altogether if Paris is not charming enough and you want to come back to the Principality, so it should leave plenty in the bank.

Taking the night train will make it so easy to avoid the serial abuse that air travel now entails, and with the added frisson of sharing a night compartment with a person of the opposite sex who is not one’s wife.

There is also the clincher that the train takes you straight to the centre of Paris, so no need to suffer and pay for the Charles de Gaulle shuttle bus and waste hours in bouchons on the peripherique. 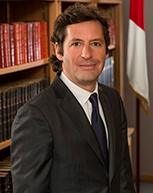