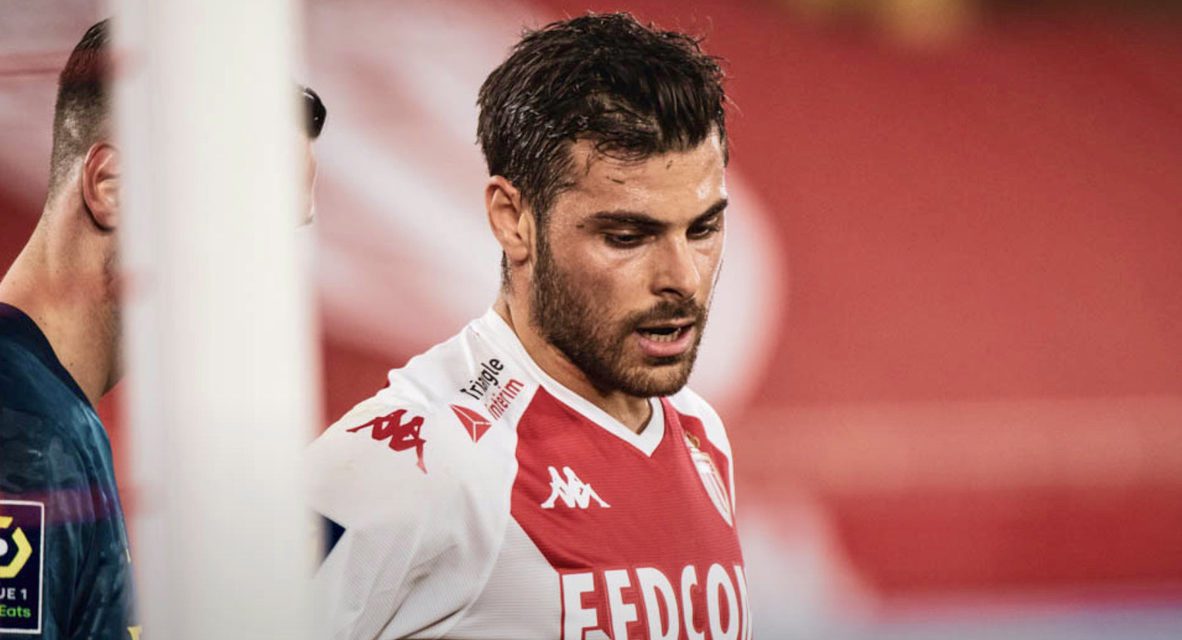 Having enjoyed a remarkable run of six consecutive clean sheet victories ahead of their match on Sunday, May 2 AS Monaco welcomed Olympique Lyonnaise to the Stade Louis II for a Ligue 1 fixture of crucial importance to both teams.

Monaco head coach Niko Kovac opted to play a 3-4-1-2 formation for this decisive meeting in the final sprint of the race for the Ligue 1 title. Cesc Fàbregas started the match in the number 10 shirt, as Wissam Ben Yedder and Kevin Volland joined forces on the front line.

The match was tightly contested right from kick-off as a result of the stakes at play, as both teams took turns to get shots off at their opponent’s goal within the first few minutes.

At the 25th minute, and on the back of some tidy passing, Kevin Volland opened the scoring in Monaco’s favour. The German international wasted no time in getting the ball past the Lyonnaise goalie, bringing the scoreline to 1-0 to the hosts.

Monaco gained a relatively early edge on their opponents, and would continue to press for another goal before half-time, although without success.

Upon returning from the locker room, Monaco attempted to create the first situation of the second half, but would lose the ball to a Lyonnais counterattack, which lead to the visitor’s equalising blow at the 57th minute.

A second yellow card for Lyon’s Maxence Caqueret at the 70th minute resulted in the first booking of the match, as the visitors were reduced to a 10 man squad with 20 minutes to go.

Despite their numerical disadvantage, Lyon managed to score again at the 77th minute. Now trailing 1-2, the Principality’s players turned the match around once again, as Monaco were awarded a free-kick.

Naturally, it would be Ben Yedder taking the all-important shot, and the French international did so with ease as he found the back of the net from the penalty spot, scoring his 100th career Ligue 1 goal and equalising the scoreline at the 86th minute.

However, it would be Lyon who would have the last laugh, as Rayan Cherki surprised Benjamin Lecomte with an accurate and ultimately lethal shot at the 89th minute. As the final whistle blew, the scoreline stood at 2-3 to the visitors, who remain in fourth place behind Monaco in the Ligue 1 table.

With this loss at home, Monaco’s chances of winning the Ligue 1 title have been greatly diminished, but regardless of that, the red and whites retain their precious podium place. Monaco’s next match will be away, against Reims on Sunday, May 9.