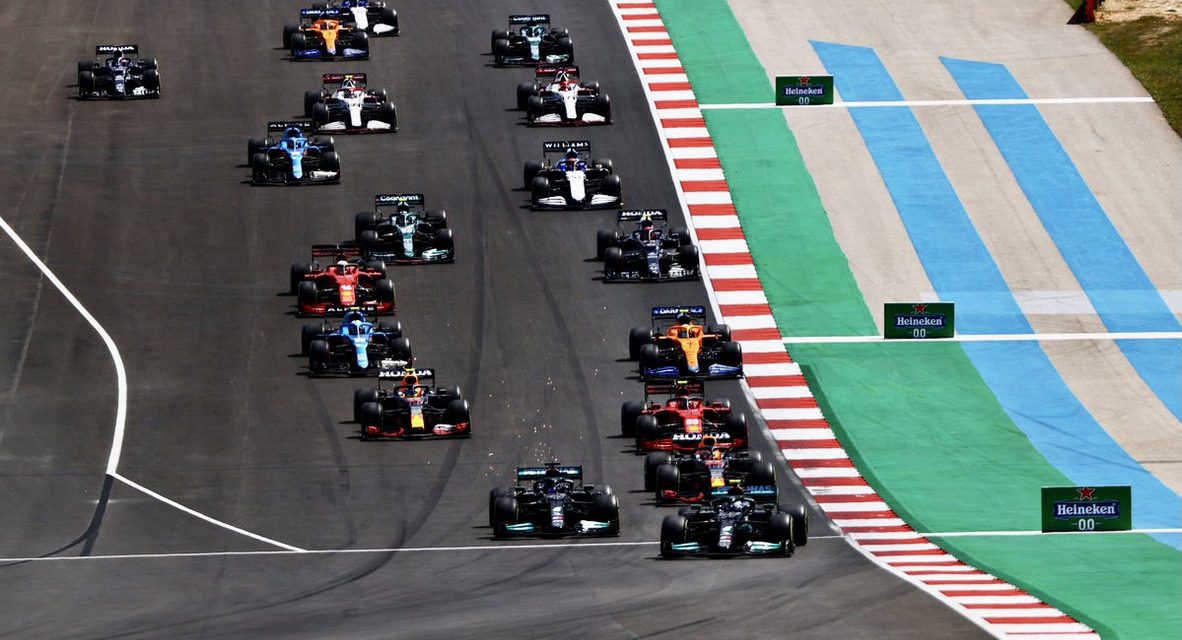 A Mercedes masterclass saw Lewis Hamilton storm to victory for the second time in the 2021 season, this time at the Portuguese Grand Prix. The seven-time Formula 1 World Champion crossed the finish line a full 29 seconds before the Red Bull of Max Verstappen in second place.

The race got off to a dramatic start, as an early collision between Alfa Romeo teammates Kimi Raikkonen and Antonio Giovinazzi brought out a safety car on the seventh lap. The ensuing Safety Car Restart left Hamilton in third behind his rival in the Red Bull, but the Brit fought back, eventually overtaking teammate Valtteri Bottas for the lead on the 20th lap.

Hamilton went on to seal his 97th career victory at the Portimao Circuit, but it wasn’t everyone’s day. Having started in pole position, Bottas completed the podium in third place and was followed by Sergio Perez, who brought his Red Bull over the line in fourth.

Lando Norris finished in a respectable fifth place, ahead of Monaco’s very own driver Charles Leclerc, who finished in sixth in his Ferrari. Leclerc’s Scuderia Ferrari teammate Carlos Sainz completed the race in 11th place, having fallen victim to his team’s poor strategic choices.

It appears that the battle for supremacy between Red Bull and Mercedes has been reignited this year, a turn of events that fans of the motorsport will rejoice in, as Hamilton’s latest challengers continue to apply pressure.

The 2021 F1 season will continue next week, with the return of the Spanish Grand Prix on Sunday, May 9 at the Circuit de Barcelona-Catalunya.