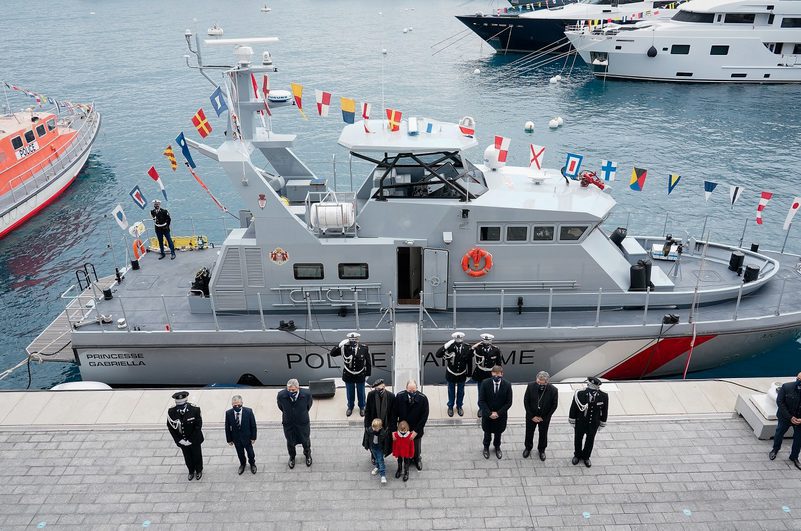 On Wednesday, December 16, the Sovereign Prince and Princess Charlene, accompanied by their children, HSH Hereditary Prince Jacques and HSH Princess Gabriella, attended the blessing by Archbishop David of the new star of the Maritime and Airport Police Division, the Princess Gabriella.

Princess Gabriella herself freed the cord holding the bottle – in nougatine – which broke on the hull, in maritime tradition. Sirens and fog horns then sounded in the port to greet the event.

The flag was then hoisted to the sound of the Monegasque anthem played on the trumpet. The ceremony ended with the visit of the Prince’s Family aboard the vessel, which is capable of a speed of 30 knots at full load. She is 24 metres long, 5.60 metres wide, weighs 60 tonnes, is equipped with two radars and a satellite link, a crane with a load of 400 kg, a fire-fighting system and a gun on the prow.

The vessel will dramatically increase the operational capacities of the Maritime Police in port surveillance and sea rescue operations. 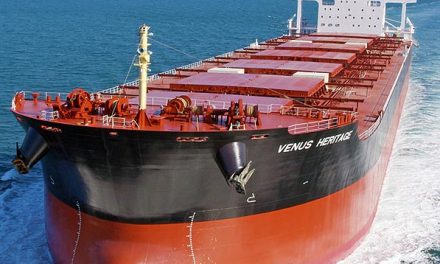 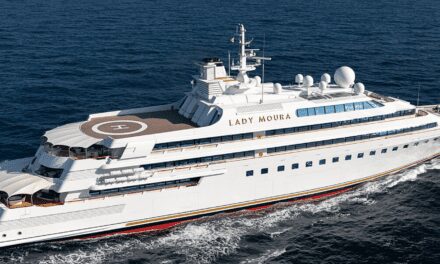