This Week in Monaco – November 30 to December 6 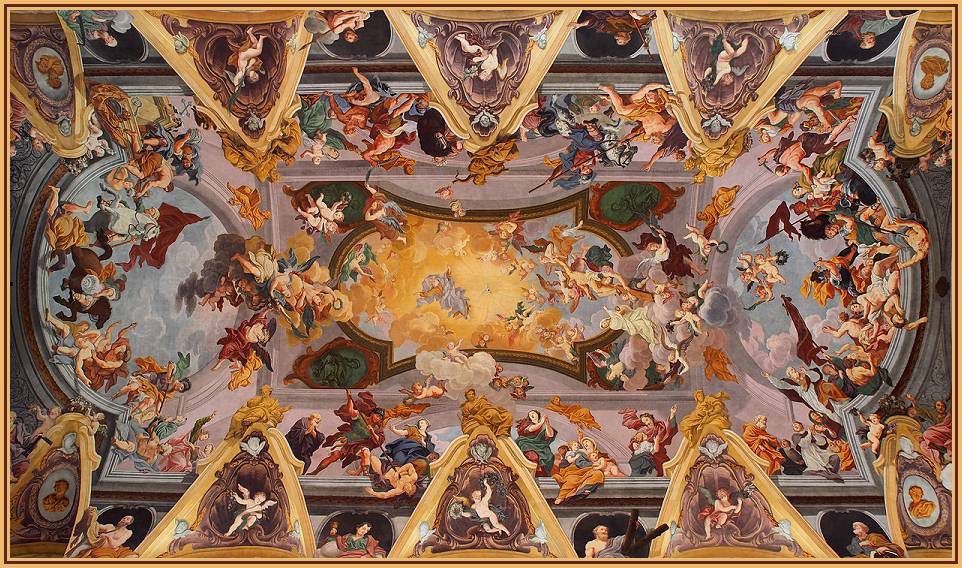 Dante Monaco celebrates the 500th anniversary of the death of the Prince of painters: Raffaello Sanzio with the lecture: “HIDDEN RAFFAELLO” which will be held at the Théâtre des Variétés from 19:00.

The speaker, Jacopo Veneziani, will offer a journey into Raphael’s work: from his beginnings in his paternal workshop in Urbino, to his last brushstrokes for the grandiose Transfiguration today in the Vatican Pinacoteca. Spaces are limited to 120, while tickets cost 20 euros and reservation is obligatory. Further information is on the event’s Facebook page, accessible here.

From 19:00, the Théâtre des Variétés will screen the 1932 Japanese film, ‘Gosses de Tokyo’. The film is directed by Yasujiro Ozu.

The film will run in Japanese with French subtitles and tickets will cost 6 euros, for the TOUT L’ART DU CINEMA website, click here.

The Department of Cultural Affairs offers three baroque music concerts this week in Monaco. Exceptionally this year, in order to welcome the public in strict sanitary conditions, the concerts will take place at Saint-Charles Church at 19:30.

The first of the three concerts will be on Tuesday December 1 and is on the theme of the ‘Misteri Gloriosi’, the glorious mysteries of the Rosary in Baroque Italy. The performance will be by the Ensemble La Fenice under the direction of Jean Tubéry.

Entrance is free but spaces are limited. For more information regarding the concert, click here.

*Please Note* In the absence of a special exemption due to French confinement, this programming is reserved for the public residing in Monaco. The concert schedule has been adapted to allow residents to attend in accordance with the regulations in force. Editor’s note: WHETHER THIS STILL APPLIES FOLLOWING THE RELAXATION OF FRENCH LOCKDOWN IS UNKNOWN.

The screening will be at the Bibliothèque Louis Notari from 17:30. Spaces are free but limited, so reservation is required. For further information regarding the event, click here.

The second of the three Baroque concerts offered by the Department of Cultural Affairs focuses on ‘l’Assunzione della Beata Vergine’ and the performance will be by L’Ensemble Baroque de Monaco under the direction of Matthieu Peyrègne.

A “rediscovery of a Baroque masterpiece”, this concert is organised with the support of SOGEDA Monaco and will also take place at Saint-Charles Church at 19:30. Entrance is free but spaces are limited. For more information regarding the concert, click here.

The Princess Grace Theatre presents this 2020-2021 season production of John Logan’s ‘Red’, translated into French by Jean-Marie Besset and staged by staged by Jeremie Lippmann.

Alexandre Telliez-Moreni, AKA Hell Botcho, will take to the stage of the Bibliothèque Louis Notari to provide a Pop-Folk concert. From 19:00 entrance is free, however reservation is required as spaces are limited. For further information regarding the event, click here.

The third of the three Baroque concerts offered by the Department of Cultural Affairs is slightly different and focuses on ‘A musical journey through the Enlightenment of Charles Burney’. This is a “concert-reading” of the stories of Charles Burney (1726-1814), an English musician and composer as he travelled through Europe in 1770.

This concert will also take place at the Saint-Charles Church at 19:30 and entrance is free but spaces are limited. For more information regarding the concert, click here.

I Due Foscari – an Opera Monte-Carlo production

The Opera Monte-Carlo present ‘I Due Foscari’, an opera in three acts with the music of Giuseppe Verdi. The opera concert will be performed in the Salle Des Princes of the Grimaldi Forum from 18:30. For more information regarding the event, click here, while tickets can be bought here.

The Monte Carlo Philharmonic Orchestra presents a slightly different performance this week with this cine-concert. Pianist Karol Beffa will take to the stage of the Auditorium Rainier III and improvise his own piano music to accompany three Charlie Chaplin films; The Rink (1916), The Pawn Shop (1916) and The Fireman (1919).

For further information regarding this OPMC 2020-21 season production, click here, while tickets can be bought here.

Featured image in keeping with the Baroque theme