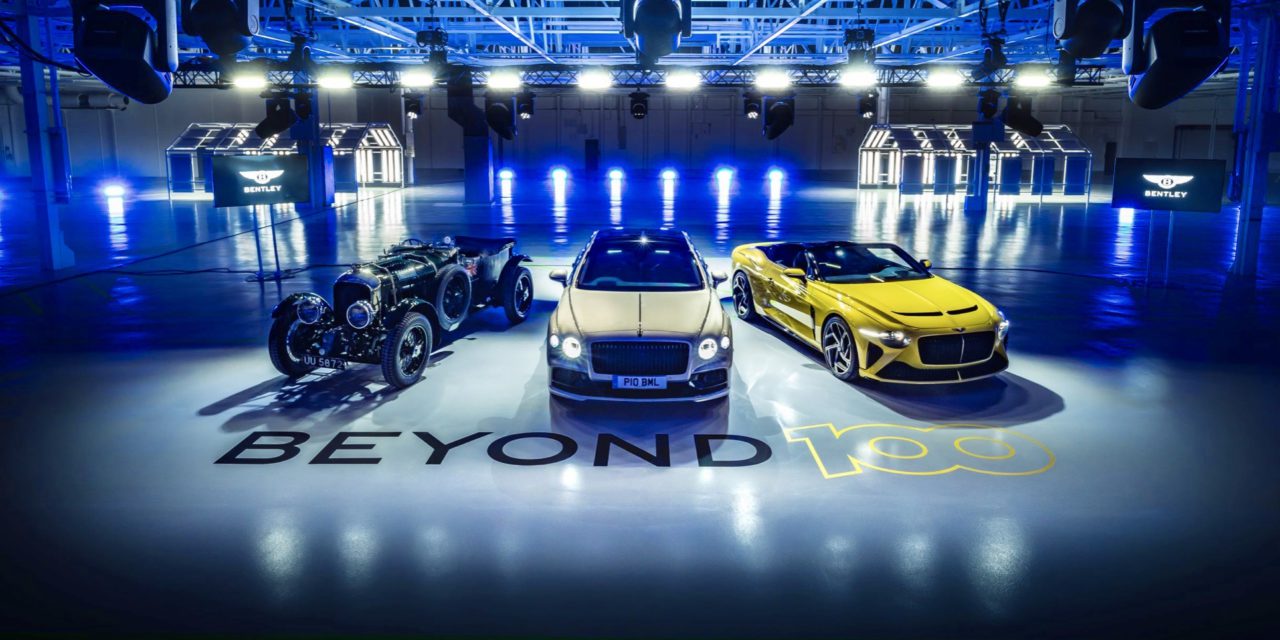 On November 5 the Bentley Board of Management broadcast a special virtual press conference from the automaker’s fully functioning factory headquarters in Crewe, England. The key talking points from the 50 minute long broadcast included Bentley planning to launch their first fully electric model in 2025 before making the complete shift to producing only electric vehicles by 2030 as part of a new strategy. The goal, to become a “global leader in sustainable luxury mobility.”

Among the Bentley boffins present was Adrien Hallmark, the Chairman and Chief Executive of Bentley Motors. “Since 1919, Bentley has defined luxury grand touring. Being at the forefront of progress is part of our DNA; the original Bentley boys were pioneers and leaders. Now, as we look Beyond100, we will continue to lead by reinventing the company and becoming the world’s benchmark luxury car business,” said the Bentley boss.

The British firm has committed to phasing out the internal combustion engine from its line-up within the decade, a sad thought for the more fossil-fuel orientated of drivers. The marque did well with its W12 engine, a power plant with a direct contrast to what the near future has in stock. However, the pleasures of the ICE must take a back seat as sustainability grows in importance within the car industry and 2030 might just be the year during which the British government will ban the sale of new combustion-engined cars.

Accompanying the transition from combustion engines to electric motors, Bentley is also on a mission to become a fully carbon-neutral organisation through its ‘transformation programme’, a part of the Beyond100 plan. Having already made its Crewe base the UK’s only carbon-neutral car factory, the firm will now roll out new measures to further reduce the environmental impact of its its major parts suppliers, its retailers and its operational environment. Further information and the full outline of ‘Beyond100’ is available here.