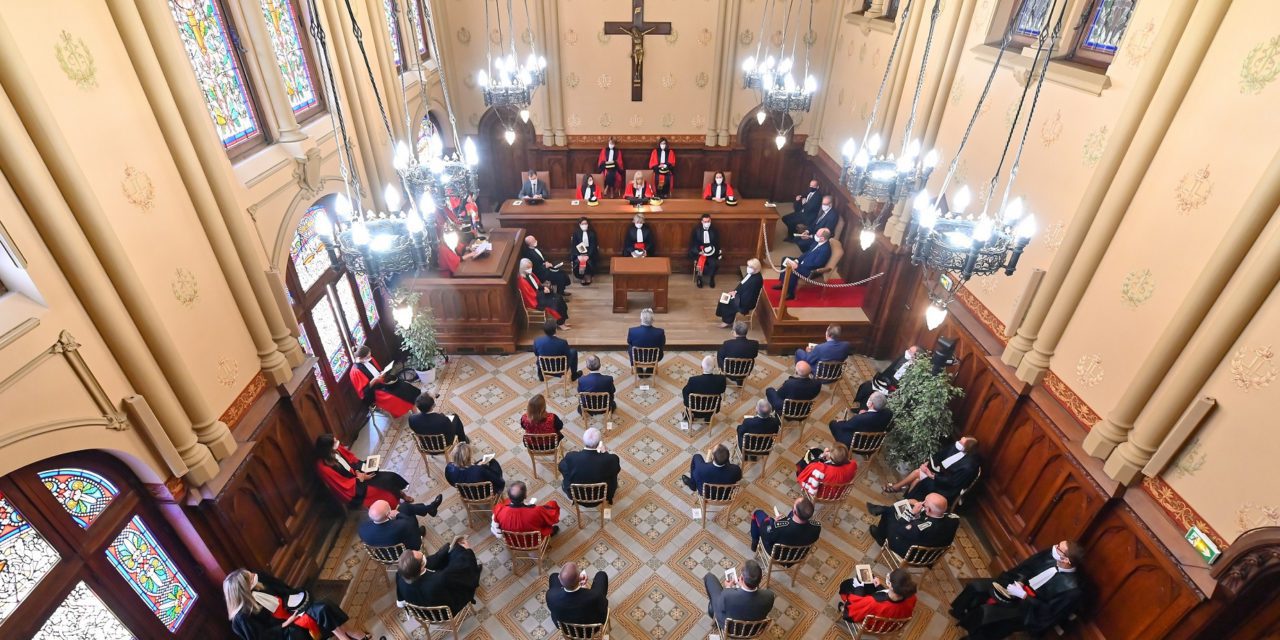 The traditional Solemn Hearing for the re-entry of the Courts and Tribunals was held this Thursday, October 1 at the Palais de Justice, in the presence of HSH the Sovereign Prince, assisted by the Secretary of State for Justice, director of judicial services, accompanied by the Minister of State, the Archbishop of Monaco, the President of the National Council and other figures.

The Hearing was preceded by the Mass of the Holy Spirit, celebrated in the Cathedral of Monaco. In order to comply with health measures, there was a live broadcast of proceedings at the Oceanographic Museum. The ceremony marks the start of the 2020/2021 judicial year.

The opening speech on the theme “Civil procedures, a duty serving a fundamental right” was delivered by Mr. Yves Strickler, Member of the High Council of Magistracy and of the Code Revision Commission, Associate Professor of Law and Professor at the University of Nice-Sophia Antipolis.

After evoking the events which marked the past year, Brigitte Grinda-Gambarini, First President of the Court of Appeal, noted that at its 84th plenary meeting at the end of 2019, GRECO approved the compliance report concerning Monaco at the end of its evaluation relating to the prevention of corruption of parliamentarians, judges and prosecutors.

In her speech, Sylvie Petit-Leclair, Attorney General, shared the advances made by justice in the fight against the abuse of weakness and the fight against economic and financial crime, which constitute two of its priorities.