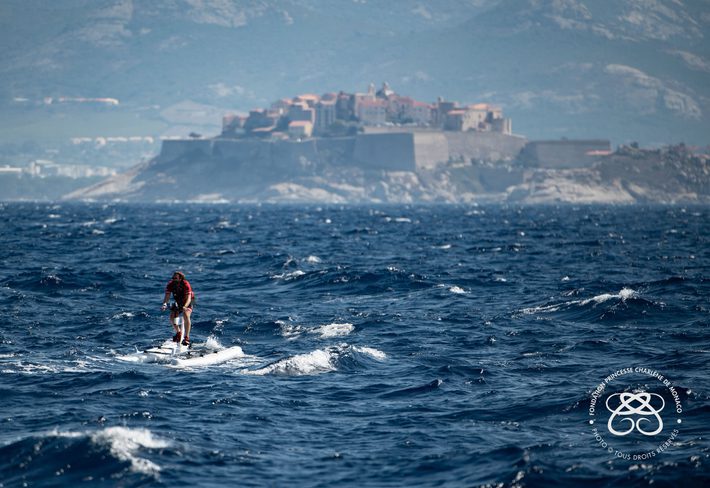 It was Princess Charelene’s team, Serenity, that came in ahead of Notorious, led by her brother Gareth, as the competitors arrived at the Monaco Yacht Club before lunch on Sunday after the 180-kilometre crossing from Calvi.

The extraordinary journey on water bikes took 22 hours and 34 minutes, with four competitors on each team taking it in turns to pedal on water to raise awareness for the Princess Charlene Foundation’s work on water safety and the prevention of drowning.

Conditions when the two teams left Corsica were described as “extreme” with a headwind of 40 kph and waves of up to two metres. However, the participants triumphed and raised the princely sum of 358.540 euros for the cause, the organisers said.